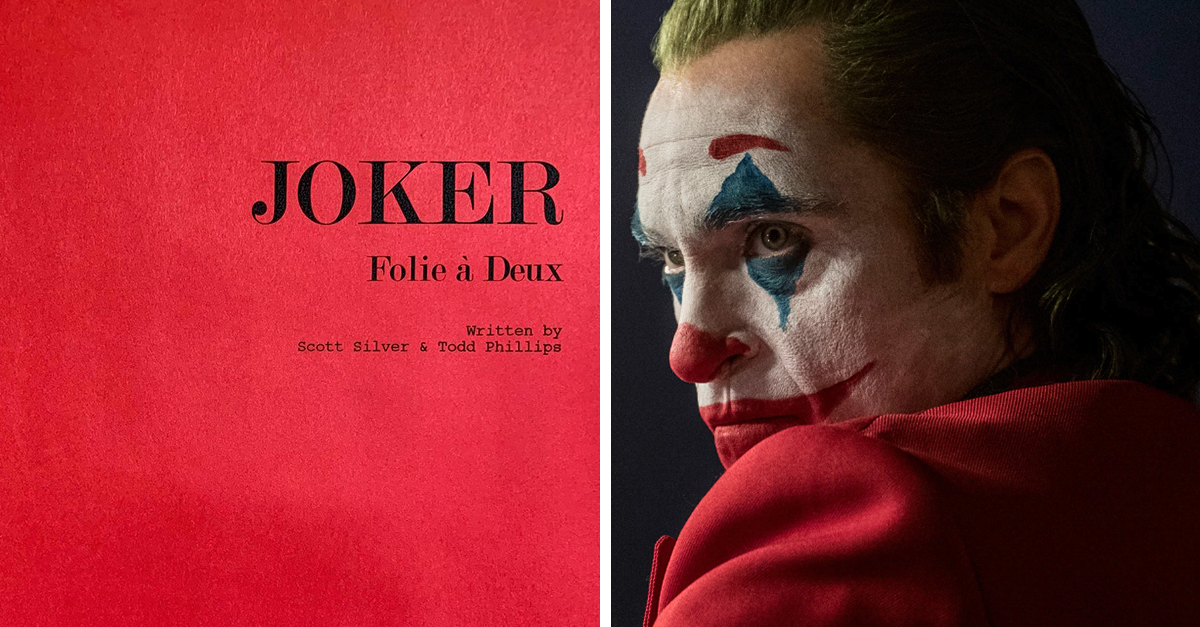 On his Instagram account, American screenwriter and film director Todd Phillips confirmed that the sequel to joker It is all a fact and that the script has been finished and even has an official title.

In said publication, Phillips also shared the cover of the script written by him and Scott Silver, his collaborator on the first film.

Phillips did not add any information about the plot or actors that would be integrated into the next sequel. However, the title Folie a Deux (literally translated as madness of two) could reveal an important tidbit about what’s coming to the big screen.

In social networks it is stated that the title is a clear sign that Harley Quinn will be integrated into Arthur Fleck’s life, since the term “madness of two” is commonly used to define shared psychotic disorder, which is characterized by the development of psychotic symptoms or delusions of a person who is in a relationship with someone who is diagnosed with a mental illness.

Phillips not only revealed the cover of the script, but also confirmed with a second photo that Joaquin Phoenix will return to play Arthur Fleck.

Recall that Phoenix won the Oscar for Best Leading Actor for Joker. In addition, Warner Bros. offered him 50 million dollars (almost the cost of the first film) to play the Joker again in a sequel, which is already a reality.