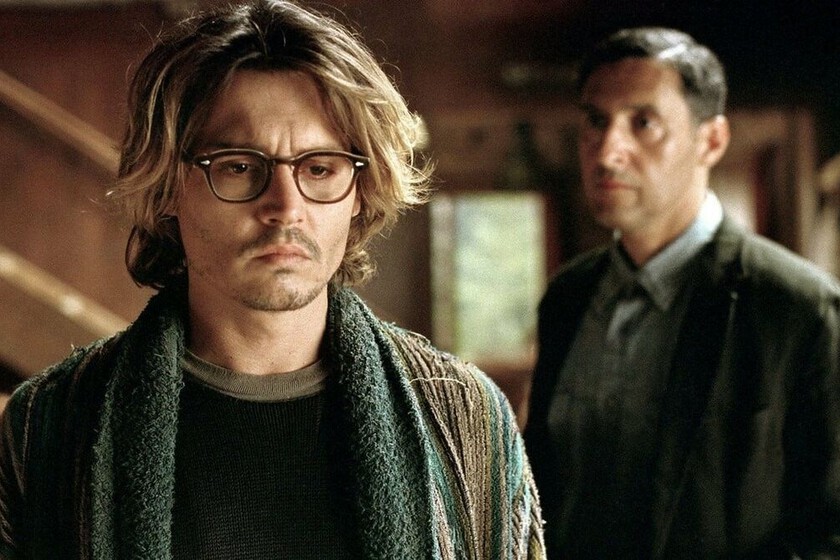 The world of Stephen King adaptations is a complete minefield, mainly by volume -of adaptations, but also by works published by the writer- but also because not all authors have the same resources to transfer these particular worlds to audiovisual language. There are, of course, undeniable classics, which all come to mind. There are also hidden gems, but they can be tricky to find.

One of them is ‘The secret Window‘, which is not going to be one of those titles that appears immediately in a compilation of best movies based on his novels. First, because the original story is part of a compilation of short stories called “Four After Midnight”, it is not a reference work. second because its particular somewhat playful thriller tone has led to a certain misunderstanding at a time when the adult thriller was taken for granted. Fortunately, it is time to claim it, now that it is in the Netflix catalog.

Following his periodic tendency to do literally stories about writers to discuss the art of writingthis story by King makes us follow a blocked author (Johnny Depp), trapped in a drought that leads to a certain downward spiral. But that will be the least of his problems when, as soon as he begins, he is visited by a strange man (John Turturro) who you accuses of having plagiarized one of his stories and expect some compensation.

The rest of the story beyond the premise is best learned through the movie’s narration. David Koppwho makes here one of his specific steps to directing in addition to performing the work of screenwriter -which is what has given him a name in Hollywood-.

Koepp has written various successes, which have included great fantasies such as ‘Jurassic Park’, ‘Spider-Man’ or ‘Death suits you so well’, but what seems to move him the most are those B-series thrillers of Hitchcockian heritage which he then performs with taste and medium production resources, such as ‘Panic Room’ or the recent ‘Kimi’.

That spirit is the one that mainly drives ‘The Secret Window’, dominated by that somewhat shameless psychological thriller tone that is not afraid to pull on a twisted sense of humor. Sometimes this humor thrown in a very fine way, like the scene in which Depp’s character spies on his ex-wife and ends up quoting the song ‘Once In a Lifetime’ by the talking heads.The influence of Hitchcock is also noticeable there, in addition to how its protagonist is unexpectedly accused of a crime he never committedeven though they differ in execution.

‘The secret window’: intricate thriller with a fabulous Johnny Depp

His plot twists will have more or less effect, they could even be described as predictable, but Koepp’s direction is always intricate and playful enough to make the film work. But what really makes her stand out is Johnny Deppwho does one of his best works here.

Not only does it give him an eccentric air that makes this character more than just an accidental protagonist on an adventure he doesn’t want to take. That nuance that it gives helps to sustain the points of greatest twist in the story.

With these elements, ‘The secret window’ becomes the kind of movie that solves a silly afternoon, whether you enjoy adult thrillers or if you like Stephen King’s stories for very coffee lovers. The film knows how to have the best of both, with a very effective narrative, very craftsmanlike, and bringing out the virtues of the author’s writings, including its sharp humor that shoots to its own end. One of the most underrated adaptations of him.

his first adaptation with actors was a 1969 fan film