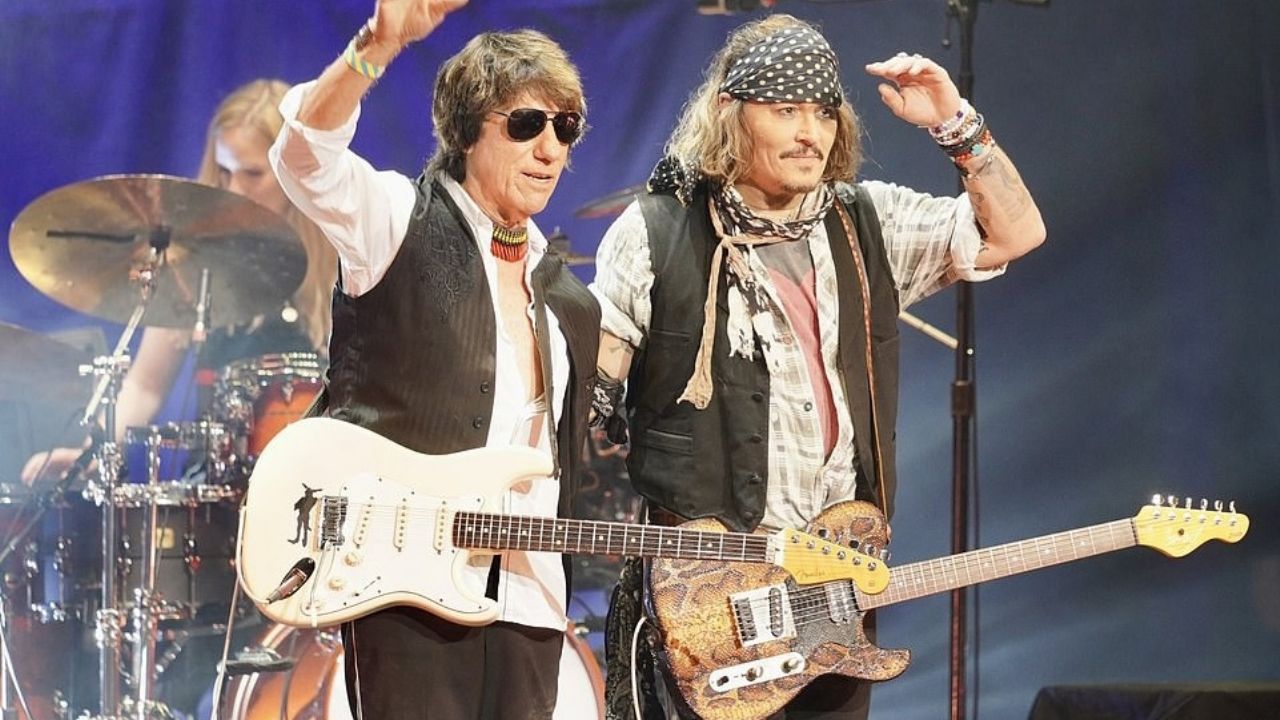 It came days after the 48-year-old British supermodel testified on behalf of the Hollywood star in a Virginia court during Depp’s trial against Amber Heard.

Moss has rejected claims that she was ever assaulted by the “Pirates of the Caribbean” star during their four-year relationship in the 1990s.

When Depp’s lawyer, Benjamin Chew, asked Moss if anything had happened while they were vacationing at the GoldenEye resort in Jamaica, she said:

“We were leaving the room, and Johnny got out before me, and there was a storm. Coming out of the room, I slipped down the stairs and hurt my back. I screamed because I didn’t know what happened to me and I was in pain. He came back running to help me and took me to my room and got me medical attention. He never pushed me, kicked me or threw me down the stairs, no,” Moss told the court.

The supermodel again showed her support for her ex-partner, with whom she remains on good terms, by heading to London’s prestigious Royal Albert Hall Venue to see him perform songs by John Lennon, Marvin Gaye and Jimi Hendrix.

Moss was accompanied by former television host Sharon Osborne, 69, who arrived for a post-concert party.

The UK native arrived at the venue around 8pm, 90 minutes before Depp was due to take the stage, got out of a blue Mercedes and was escorted by security to the stage entrance.

After Beck’s set began at 8:40 pm, Depp took the stage at 9:23 pm to perform several songs with the British music legend, considered one of the greatest guitarists in history.

“I met this guy in Japan. He knocked on the door and we started laughing right away. You might recognize him. He’s been through some shit,” Jeff said introducing Depp.

This was Depp’s third consecutive show alongside Beck, and second consecutive night at the Royal Albert Hall, amid their ongoing legal battle. Jurors are currently continuing to deliberate Depp’s libel claims after failing to reach a resolution last Friday.