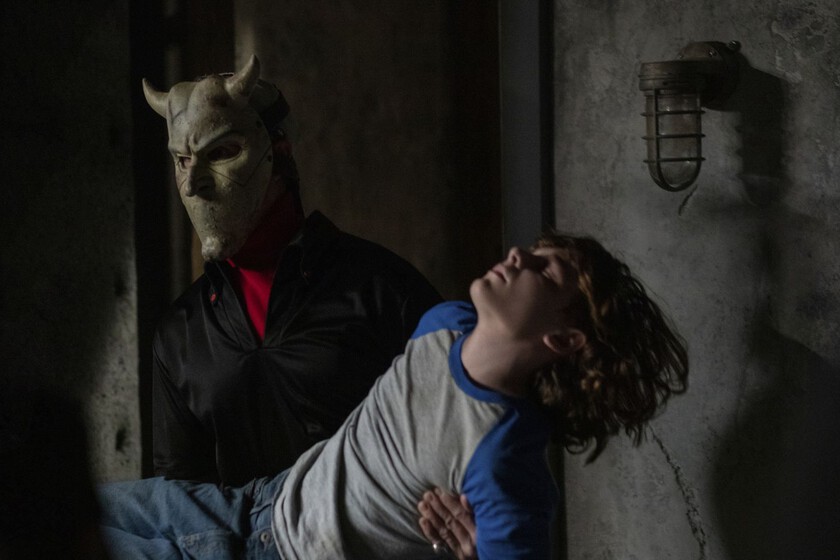 I have no doubt that ‘Black Phone’ will finish the cinematographic course at the top of the lists with the best horror movies of the year and, probably, of the tops with the best of 2022 without distinction by gender. And it is that the new Scott Derrickson has turned out to be brilliant both in form —his staging and his technical billing are impeccable— and in substance.

Much of the blame for the magnificent results obtained by the filmmaker in his latest feature film after ‘Doctor Strange’ is probably related to the personal bond he has had with the project since its inception. An intimate look also present between the writer Joe Hill and the short story which ended up becoming the film at hand.

According to Hill in an interview with the media /Film, the source of inspiration that led to the sinister basement in which the story and much of Derrickson’s tape are set is very real, going back to his childhood in Maine.

“I grew up in Bangor, Maine, and my family lived in a beautiful old Victorian house, and the basement was a maze. It had a dirt floor, and it was a maze of twisty concrete hallways and hanging pipes and cobwebs and antique furniture. The typical horror movie basement. And, in one part of the basement, there was an old phone that wasn’t connected, and that phone waited for it to get big enough to write a story about it.”

The novelist also went into detail about the writing process of ‘The Black Phone’, which could have transcended the short story format to become a novel.

“I wrote the story ‘The Black Phone’ for ‘The Third Alternative’ magazine. When I wrote it, I could feel that it was struggling to become a novel. I could see a whole novel with Finney, our hero finney struggling with his situation, locked in that basement stained with the blood of the other victims of El Captor, and I could see the conversations he would have with the dead children through the phone.

Finally, the story ended up being adapted to a film script written by four hands by himself Scott Derrickson and C. Robert Cargill and, later, transferred to the big screen in a feature with an execution that Hill considers “brilliant”.

“They wrote the script together and executed it brilliantly, I think. Scott Derrickson pulled this deeply autobiographical thread about life in the ’70s Midwest and what it was like, what it felt like, and it’s honest. It’s very emotionally on point. It’s authentic and, in a way, painful, and I think its authenticity gives the film a lot of its power.”

You can —and I take the liberty and the risk of saying that you should— enjoy ‘Black Phone’ in theaters since last June 24.

Activist throws paint at a building but it also gets stained

The series ‘The Last of Us’ already has a premiere date