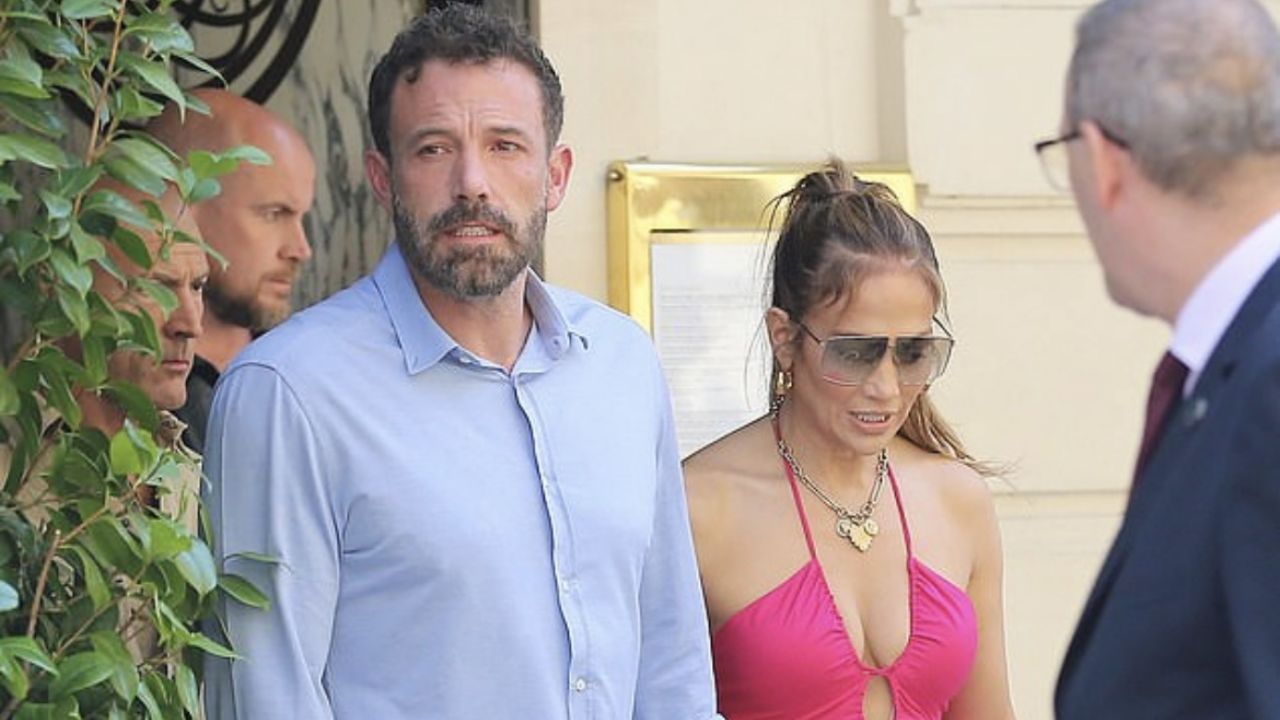 Jennifer Lopez and Ben Affleck They were captured as they left hand in hand, from a luxurious restaurant, after celebrating their 53rd birthday during their honeymoon in Paris.

The couple have been relaxing in the European country since they tied the knot last weekend at a surprise ceremony in las vegas20 years after their first engagement was called off.

The actors are still on their honeymoon in the French capital and were photographed this Sunday while They celebrated JLo’s 53rd birthday at the new Christian Dior restaurant.

The singer attracted attention with a pink midi dress when she left the luxurious place hand in hand with her husband, which she accessorized with a pair of heels, a gold necklace and elegant sunglasses. For her part, Ben wore a blue shirtmatching pants and a pair of brown shoes.

The couple were joined on their Parisian honeymoon by Ben’s two daughters, Violet, 16, and Seraphinaof 13, as well as Emme14 years old, daughter of Jennifer.

Ben is also the father of Samuel, 10, with his ex-wife Jennifer Garner, whom he married in 2005, while Jennifer is also the mother of Emme’s twin, maximilian14, whose father is singer Marc Anthony.

“I’ve probably done 10,000 weddings now, and at this point in my life I have an idea of ​​couples, I can really say it was real,” Ryan Wolfe, who performed the wedding ceremony in Las Vegas last night, told People magazine. Saturday.

Ryan also predicted that the couple will remain married for several yearss because they are soul mates and “they are made for each other”.

Jennifer wrote some details about her wedding in her newsletter where he assured that they arrived at the chapel where they were married at midnight and that they took some photos in a pink Cadillac convertible.

“Last night we flew to Las Vegas, queued for a license with four other couples, all making the same trip to the wedding capital of the world. We barely made it to the little white wedding chapel at midnight. They were kind enough to stay open late for a few minutes, allowing us to take pictures in a pink Cadillac convertible, evidently once used by the king himself (but if we wanted Elvis himself to appear, that cost extra and he was in bed).” wrote.

Lopez also revealed that she wore a dress from an old movie.while Affleck wore a jacket from his closet to the ceremony.

“We read our own vows in the little chapel and gave each other the rings that we will wear for the rest of our lives. In the end it was the best possible wedding we could have imagined,” she said.

Woman feeds meat to a vegan girl: “she was malnourished”

Bad news for Disney+ subscribers: the announcements are coming!

Brittany Murphy was murdered says her half brother

Differences between Thanos and the new great villain of Marvel