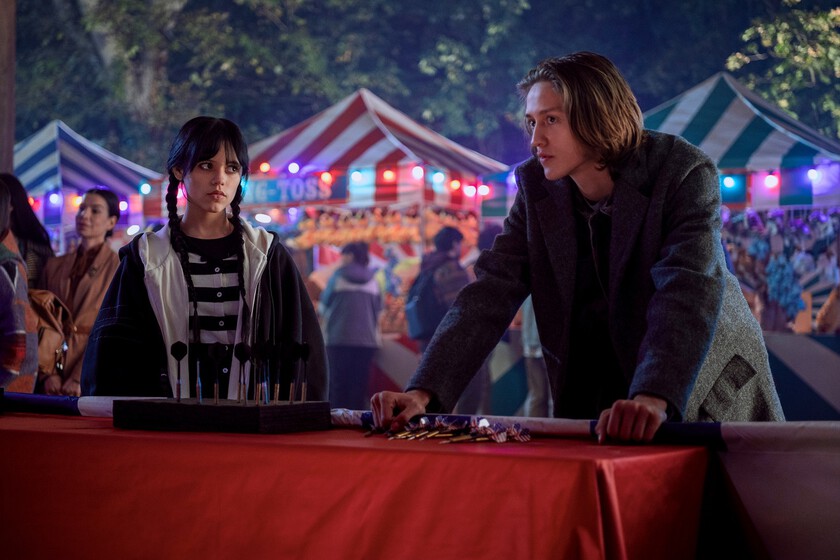 series of Wednesday by Tim Burton for Netflix was one of the most watched of last year. With such a mainstream phenomenon on its grill, a second season was practically assured before its official confirmation. what arrived However, now fans fear that it may be canceled due to the controversy that has just erupted in relation to one of its main actors.

Canadian Percy Hynes White got his first big success in the industry playing Xavier, one of Wednesday’s suitors in the recent series centered on this iconic Addams family character. In fact, the attention paid to him was increasing due to the rumors that he could be dating his partner Jenna Ortega in real life.

However, the bubble has burst when several young women have accused him of sexual abuse on Twitter. The first was the user Milkievich, who recounted in a thread the kind of parties that the actor used to throw in Toronto (where he is from) with his friends, as well as the alleged abuses that they exercised against his girlfriends and flirts. , Going so far as to publish intimate photos of them on the Internet.

here’s what i felt!! just so everyone can hopefully see pic.twitter.com/FxI1x1dQLR

According to what was exposed in these tweets, at the age of 15 his attitude, like that of his group of colleagues, was already that of a “predator”. In this way, the source assures that “they manipulated the girls so that they slept with them or sent them nudes.”

Later, at the age of 17, they began to organize parties in the actor’s basement to which they “invited only girls who thought they were hot.” so I can get them drunk and stoned enough to have sex with them.”. This testimony comes from the friend of one of the victims who was between 13 and 14 years old when the events occurred for the first time and she was 16 and he was 20 when they last took place.

Just found out that Percy hynes white is like a horrible person pic.twitter.com/JV1iE2fEgE

She herself claims to have also suffered harassment and pressure from Percy at a party where she was very drunk and to know that he has called many girls “fat, bitches, whores, ugly, liars”, among other insults, when they reject it. In addition, he affirms that he has several complaints for rape.

In fact, once the thread has gone viral, more girls have been encouraged to tell similar stories with the actor, although without proof to prove it. For now neither he nor the Netflix producers have made any statement, but this controversy has the potential to become a snowball that threatens the second season of Wednesday and the film that the 21-year-old Canadian is about to premiere with Ortega. At the moment, the networks ask that he not be included in the cast of the next episodes about the daughter of the Addams couple.

15 Objects That Have Hidden Faces That Would Make Anyone Sleepless