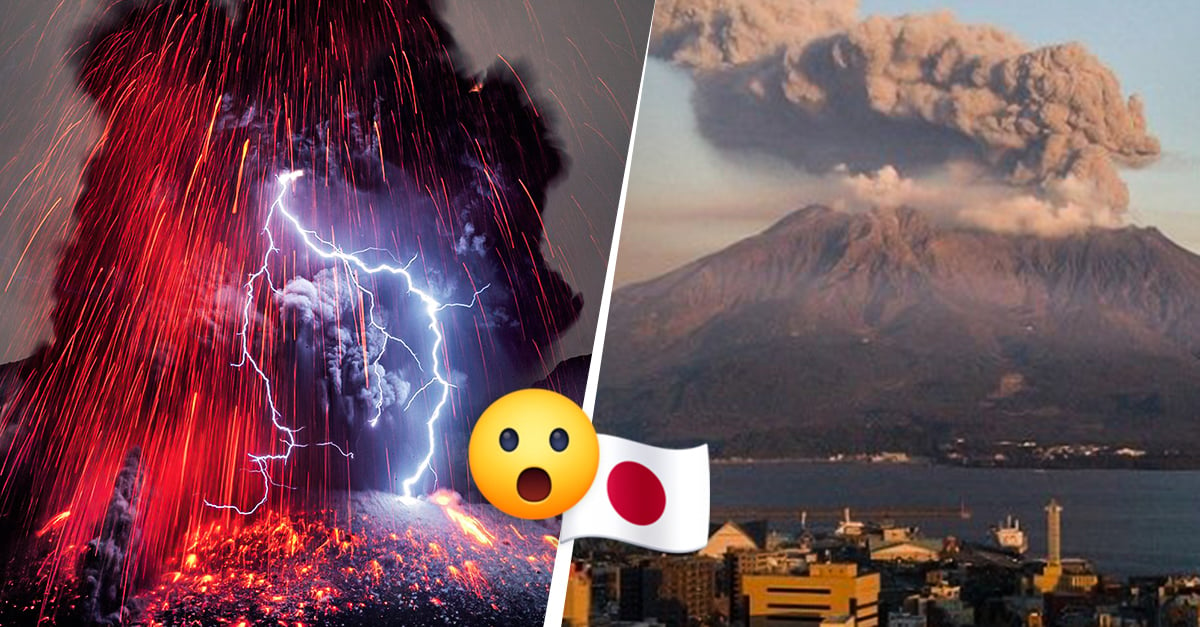 On July 24, the Japan Meteorological Agency (AMJ) issued a maximum level alert after the eruption of the Sakurajima volcano, located in the southern city of Kogoshima. Dozens of residents in the mountainous area were called to evacuate.

The AMJ reported that Sakurajima, one of Japan’s most active volcanoes, erupted at around 8:05 p.m. local time on the island of Kyushu. Surveillance camera footage showed an explosion that spewed ash and large rocks about 2.5 kilometers from the crater, while plumes of smoke and ash reached a height of about 300 meters to merge with the clouds.

The agency announced a level five alert, the highest level, calling on the population to evacuate some very sparsely populated residential areas of the city of Kagoshima, located in southern Japan. In addition, evacuees were advised to beware of falling volcanic rocks and the possible flow of lava, ash and scorching gas within three kilometers of the crater.

Sakurajima erupted just 30 miles from the Sendai nuclear power plant. However, as reported Reuters, nuclear regulators said no irregularities were detected at the building.

Although the activity of this fire giant, located 966 kilometers southwest of Tokyo, is almost constant with 100 to 200 eruptions per year, it is the first time since 2015 that Japan has issued the maximum evacuation alert and the second since this alert level was introduced in 2007.

According to local media reports, Deputy Cabinet Secretary Yoshihiko Isozaki reported that no damage or casualties have been reported so far.

We will put people’s lives first and will do our best to assess the situation and respond to any emergency.

At 13,000 years old, Sakurajima is one of the most famous tourist sites in Japan. It is located in the Pacific Ring of Fire, where many of the earthquakes and volcanic eruptions that occur on the planet are recorded. Sakurajima used to be an island, but became a peninsula after an eruption in 1914.

These high boots from Pedro del Hierro that are about to run out because they are pure elegance (and for the discount of 120 euros, of course)

6 Tips To Set Up A Home Office

By Mandate of Heaven (2022) review: Andrew Garfield leads a monumental study of fundamentalism that stands as one of the series of the year