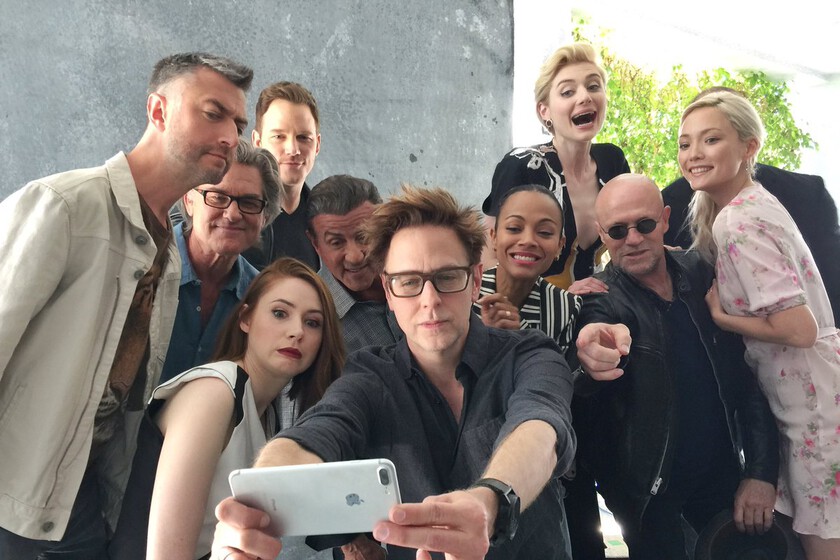 As if it were a superhero, James Gunn has spent a few months moving between his two work identities. By day he dons the Marvel Studios T-shirt as he completes the impending ‘Guardians of the Galaxy Vol. 3,’ but as night falls, Troma’s gifted student plunges through the ranks of the Distinguished Competition to shape the future of the Universe. DC.

Although this situation may seem like a dream to many, just thinking about Gunn’s workload causes exhaustion. The filmmaker, in the issue of Empire dedicated to ‘Ant-Man and the Wasp: Quantumania’, has described his work with the closure of the ‘Guardians’ trilogy as his “everyday job”while he has not hesitated to label his journey in DC as “a very healthy part-time job that means at least another 40 or 60 hours a week”.

However, despite the fact that we have been able to verify his enthusiasm for the project that he shares with Peter Safran in the house of Superman and company, the final departure of Marvel Studios will not be a dish of good taste for a director who has created very close ties with the cast members of his productions at La casa de las ideas. Of course, Gunn has made it clear that he will work again with Chris Pratt, Zoe Saldaña, Karen Gillan and company.

“This cast is like my family. I can’t tell you how close I am to Chris Pratt, Pom, Dave, Zoe and Karen. But I also know that I’ll be back to work with all of these separate people again.”

And in case it is not clear where they will meet again, the good old James has underlined with a laugh that it will be “Probably at my other job”. This is a family and not Toretto’s.

Shakira and Piqué: Everything seems to indicate that the couple has already defined the future of their children

Bono, from U2, is planning a tour to promote his book “Surrender”, in which he will perform his best songs