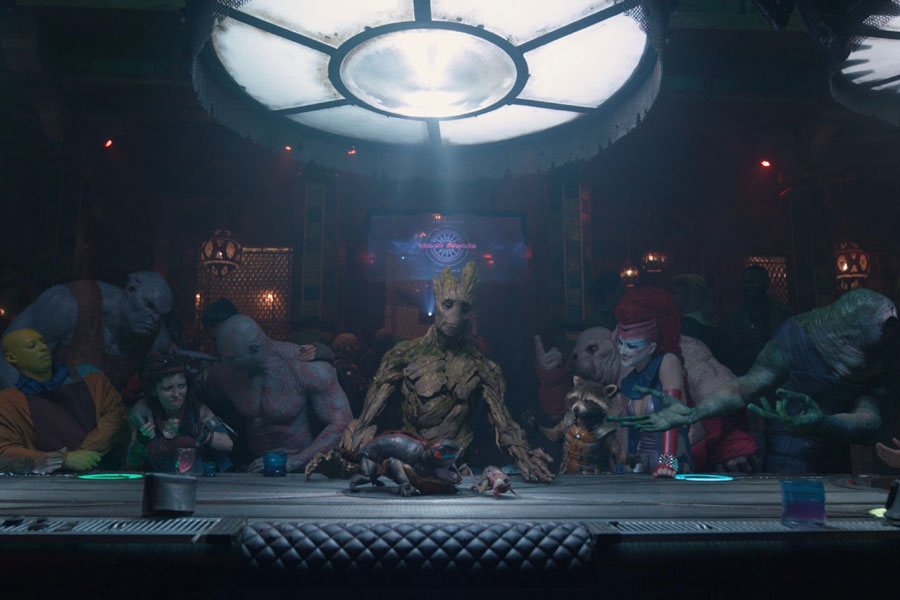 James Gunn shared a photo of a cut scene from Guardians 1, which he refers to as “Groot’s Last Supper.”

Filmmaker James Gunn shared on social media a photo of a cut scene from the movie Guardians of The Galaxy Vol. 1, which he titled Groot’s Last Supper. This is what the director writes in his post (which you can see in its original publication here)

Do not stop reading: Karen Gillan advances a bittersweet closure of Nebula in Guardians of the Galaxy Vol. 3

“Groot’s Last Supper. Screenshot from the original Guardians, which I finally cut from the movie.”

The galactic team awaits you in our online store with:

Marvel Verse – Guardians of the Galaxy

Since their first appearance in 1969, the Guardians’ lineup has undergone several changes. In this edition we recover the editions that best reflect the moments and characteristics that these galactic misfits bring to this dysfunctional tribe that conquered the hearts of fans around the world thanks to its adaptation to the big screen. Get to know their first adventures, surprise yourself with the imagination of the elements that surround their stories such as their extravagant costumes, their fantastic spaceships and their greatest interstellar missions.

Women declare themselves in “sex strike” after annulment of abortion