“I’ve never been on a shoot like this, everyone had a copy of the book.” Karl Urban explains what it was like to shoot the adaptation of ‘The Lord of the Rings’ 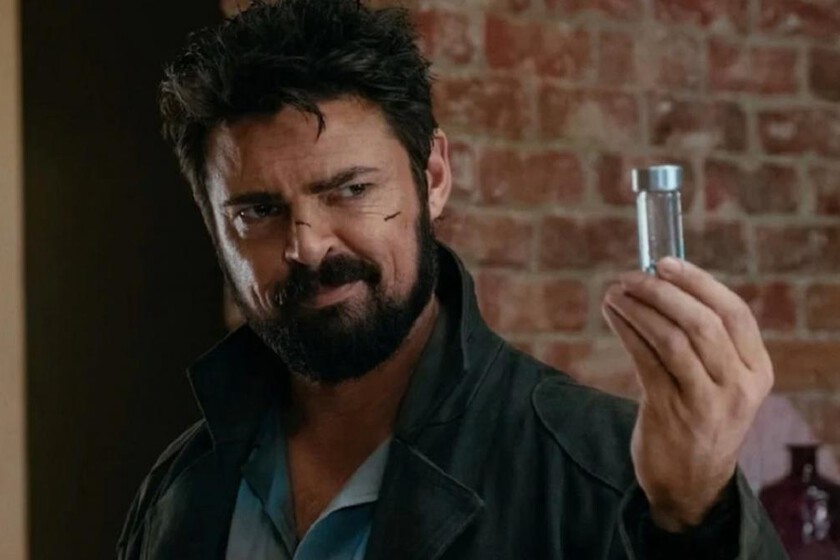 Today if we think about Karl Urban it is very likely that the first thing that comes to mind is his Billy Butcher in ‘The Boys’… but if we visualize him with a blonde wig and riding a horse, he quickly becomes the unmistakable Éomer from ‘The Lord of the Rings’.

His role in Peter Jackson’s trilogy definitely put him on the map for Hollywood, although the actor also acknowledges that shooting fantasy films gave him many opportunities, starting with getting to know his native New Zealand better.

The risks were worth it

If you have been in ‘The Lord of the Rings’ and he interviews you Stephen Colbert, you can not not talk about the Peter Jackson trilogy. The presenter never misses the opportunity to talk about Tolkien’s work as soon as the subject is raised… so having Karl Urban on their show obviously they both ended up talking about his role in the movies.

As the actor explained, the filming of ‘The Lord of the Rings’ was very hard, especially the preparation as a horseman, but it also allowed him to learn a lot and see his country as he had never done before.

“I got to know my country better shooting the movies during those three years than living there my entire life,” joked Urban. “I had to train for about six or seven weeks to be able to hold the reins with one hand and throw my spear with the other, but we did it. You don’t want to be shooting that and having the double called, you want to be the one to do it.”

As Colbert points out in the interview, the Rohirrim charge down the hill is the largest cavalry charge ever rolledand Urban definitely didn’t want to miss out on being a part of it, despite the risks.

“We shot a lot of that scene for real. Obviously then they augmented it a lot with CGI, but it was very dangerous,” the actor explained. “As we were charging, I remember looking to the side and there was a pony with one of the hobbit doppelgangers… And it came loose and rolled down. Luckily nothing was done, but it was a very dangerous move.”

The shooting of ‘The Lord of the rings’ It has also gone down in history for its massive production and organization, and it seems that one of the key elements was also that every last person on the set was very attached to the source material. Of course, that also gave a lot of extra pressure because everyone knew what was going to happen and they were very aware of what was being shot every day.

“I’ve never been on a shoot where everyone was so invested in the story. Everyone, from the drivers who take you to the set to the person who cooks your food, had a copy of the book and was very invested in it.” What are you doing,” Urban said. “Like…what are you doing today? Oh, we’re going to shoot the scene where Éomer meets Aragorn, Legolas and Gimli!…Oh, well, it’s a very important scene, don’t mess it up! pressures!”

tickets, schedules and nearby hotels

Season 2 (2023): premiere date, trailer, cast and everything we know