“It’s my most personal film.” ‘Black Phone’ Director Explains His Connection To Summer Horror Movie And Why He Has No Regrets Leaving ‘Doctor Strange 2’ 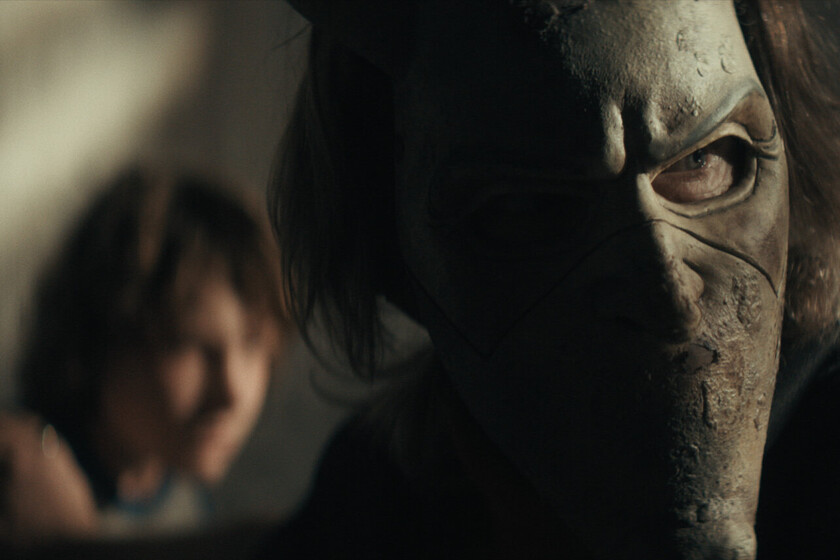 Few things enrich a feature film more than a director not only committed to the production in professional terms, but dedicated to tell a story and deal with characters with whom you have a strong personal bond; and this is precisely one of the keys that has elevated ‘Black Phone’ as one of the great horror titles of the year.

Terror from the soul

Scott Derrickson’s film, in addition to being a master class in narrative, direction and staging, gives a glimpse of a filmmaker who has pampered a work in detail that, according to The Wrap, was born after years of therapy in which tried to assimilate “the traumatic nature” of his own childhood and “the violence” he experienced around himboth school and family.

For this reason, Derrickson does not hesitate to label ‘Black Phone’ as his most personal work till the date.

“‘Doctor Strange’ is a personal movie. I think, to me, it feels personal, and I don’t think anyone but me would have done it the way I did. But this is another level of personal. It’s The most personal film I’ve ever made by far.”

To give shape to the film, the filmmaker did not hesitate to base the characters and the setting on people and places you knew as a childand transfer the sensations that caused him to the big screen.

“The idea was to take what I was feeling at the time, which was quite different from suburban high school life in the Amblin and Spielberg movies. I wanted that time and space to feel authentic and real, at least in the way that I perceived them”.

This conceptual ambition is often not easy to execute successfully, but Derrickson had a secret weapon: support from producer Jason Blum.

“You never have enough time and you never have enough money. ‘Sinister’ cost 3 million dollars. ‘Doctor Strange’ cost more than 200. Both were stressful because it took more time and more money. It’s always the same situation. But when you boil everything down to something like this, and especially when you have a protective producer like Jason Blum, who supports me in whatever I want to do, you have the ability to control every element of the production. The timing can be as precise as you want it to be. Every scene is what you want it to be.”

It should be remembered that ‘Black Phone’ is, in part, the result of Derrickson’s abandonment of ‘Doctor Strange in the Multiverse of Madness’ due to “creative differences”. A decision that no regrets the slightest.

“In this case, it was what it was meant to be, getting off was the right decision. And the fact that I went on to make the most personal film of my career, and probably my favorite film I’ve ever made, is further evidence of That was a good decision.”

You can enjoy the magnificent ‘Black Phone’ in theaters since last June 24.

16 ingenious people who are wanted by NASA for their curious inventions.

Production begins on “The acolyte”, the new Star Wars series

They sell the house that inspired the movie ‘The Conjuring’