its beautiful wrapping hides a gift that we have seen before 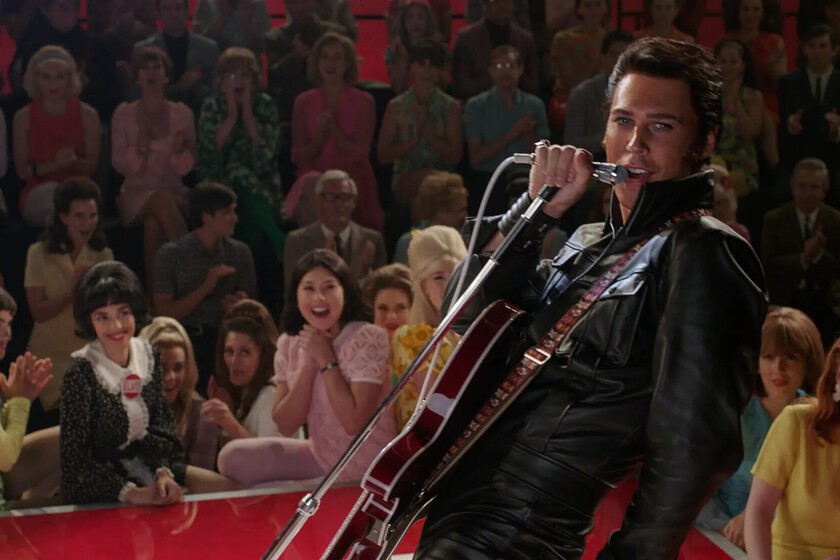 In 2001, the premiere of ‘Moulin rouge’ changed my life. That strenuous montage accompanied by a constant jukebox with versions that would overwhelm anyone (‘Roxanne’s tango’ is still a masterpiece) and a story of loves and heartbreaks, Baz Luhrmann rose to modern stardom with a supposedly bizarre film that hid hundreds of tricks up its sleeve. Twenty years have passed, and Luhrmann has tried to repeat the musical move with ‘Elvis’. He has received applause wherever he has gone, but, despite all the praise, deep down it seems that we have been fooled by colored paper and glitter that hid in its interior the same as always.

The first few minutes of ‘Elvis’ are fabulous: a vibrant and powerful start that does not let you breathe, grabs you by the chest and takes you through different eras creating a mosaic of the life of Elvis Presley. It’s exciting, spooky, funny, and promises a one-of-a-kind biopic of him. It’s Baz Luhrmann at the highest level dedicated to getting you hooked on the King’s story. However, he is not able to continue with this level and the bubble deflates at full speed until in the end there is only a biopic to use that exaggerates the benefits of its protagonist by adding an operetta villain (even in the look) and going over his various slips.

‘Elvis’ Tries To Reinvent The Wheel, Not Realizing It’s Already Invented and we all know her well. In fact, the film tells the same story over and over again in different set pieces, without allowing its evolution: Elvis wants to be free, the Colonel won’t let him, threatens to leave him, lets himself be deceived and in the end returns to his arms. . He wants to play in a different league than the rest of the biopics but do it with their own weapons, and the result is soulless.

Under no circumstances is ‘Elvis’ a bad movie, of course. Technically it’s a marvel, the makeup department does an exquisite job (including Tom Hanks’ Hannah Barbera cartoon double chin) and the performances are up to par. But, as much as it stands out in these sections, when it reaches the second act, the film stalls next to Elvis’s career: the garish and striking montage fails to evade the viewer from the constant repetition of the same concepts, idealized to the greater glory of its protagonist.

There is little rock and roll

The beginning of the Luhrmann tape is as enter headfirst into a washing machine in full spin: the disorder in the narrative and its absolute break with the most classic way of telling stories pose an exciting and vibrant challenge. That is why it is more difficult to get used to the idea that, once the director has tired of the fireworks, he bows to the oldest narrativism and does not abandon it until the end, where the film itself bids us farewell with the typical lines explaining the destiny of the characters. Like Elvis himself, the film begins by being groundbreaking to, in the end, adhere to what is expected of it.

And it’s a shame that ‘Elvis’ doesn’t dare one hundred percent trust his own anarchic way of telling a story and rock and roll is missing. Yes, it is not ‘Bohemian rhapsody’ (as the softest and most prototypical example of an effective biopic possible), but it makes wrong decisions, such as letting the narrator of the story be the Colonel… although changing the point of view according to it suits you. The movie would have worked better if the villain didn’t tell us about it, trying to convince us that he did everything for the good of Elvis. The risk is welcome, but it doesn’t work out as well as it should, especially since the tape goes so tiptoe by the fall in hell of the singer that some of his decisions are not fully understood.

The problem with wanting to make the most epic biopic in history is that you have to be sure that the story you tell is. And although Elvis Presley’s life is undoubtedly exciting, Luhrmann hasn’t finished hitting the right angle: the film skips over vital parts of his life, focusing on anecdotes, elongated vignettes of his life that show an Elvis overly naive: the character’s fiction eats up his reality at times.

‘Elvis’ wants to get your attention by promising what he is later unable to deliver, staying in the circus show and caricaturing his characters to the point of delirium. The Colonel is a heartless 1960s comic book villain, and Elvis is an idealist at heart resigned to the life the former has given him. Luhrmann refuses to go into nuances and paint history in gray tones.

The tape wants to be so extreme that it does not accept ambivalent details or characters. As if it were a comment on Twitter, everything is black or white, and even Elvis’s infidelities or his drug problems are overlooked or are the direct fault of other people. In this bizarre fantasyeverything Presley does wrong is caused by other people, and he is nothing but a benefactor of others, a pure soul corrupted by circumstances.

The amazing thing about ‘Elvis’ is that the reasons why you like it can be exactly the same reasons why it left me cold. The pantomime, the circus, the glitter or the narrative simplicity that they hide are examples that divide according to the tastes of each one. I am convinced that Luhrmann has much more to tell (and in a more original way) than what we can see in ‘Elvis’: he is still a spectacular master of ceremonies, but he gets lost in the middle of the show. I wish I had seen it work at full capacityleaving no prisoners along the way.

From the changing room, Karol G raises the temperature with her beautiful mini dress with transparencies

Namora: who is the Atlantean ‘avenger’ and what are her powers

420W of power and a great discount