It lasts less than 4 hours and is on Disney+: Tarantino, Apichatpong and hip hop in this teen series from the director of ‘Thor: Love and Thunder’ 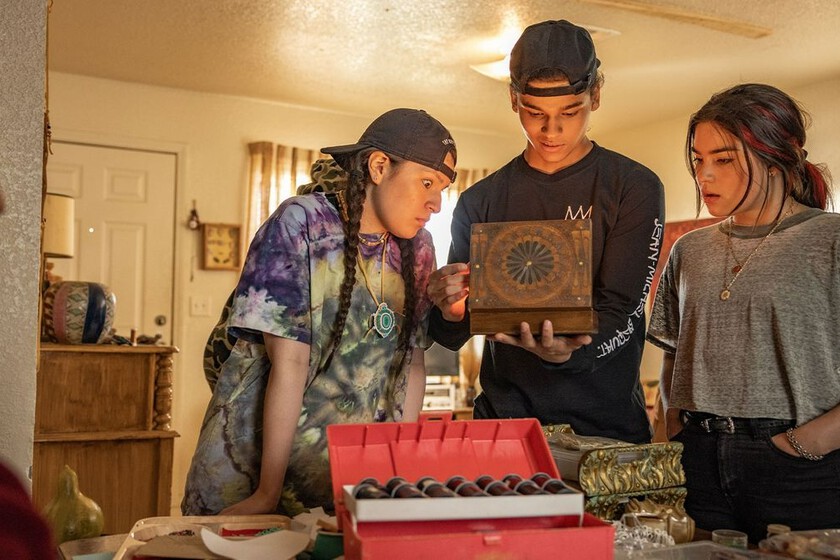 The public impression of Taika Waititi as an author is mainly focused on his most goofy facet. Not only because of his enormous connection with the comedy genre, and specifically the most lighthearted and deliciously silly comedy, but also because of how he launches into it when talking about his work avoiding any hint of pretentiousness. And even so, there’s more to scratch behind the surface.

It may seem that movies like ‘Thor: Ragnarok’ or his recently released ‘Thor: Love and Thunder’ don’t lend themselves much to it, but before them he did things like ‘Hunt For The Wilderpeople’ or ‘Boy’, where showed interest in children’s perspectives and also in indigenous populations from New Zealand. Something that is also transferred in one of the latest series that he has produced, ‘Reservation Dogs’, a recent jewel in the Disney + catalog.

Get a life in Oklahoma

Created and written alongside Sterlin Harjo, who directs most of the series, ‘Reservation Dogs’ is a teen comedy strip exploring the lives of four teenagers on an Indian reservation in Eastern Oklahoma who are trying to get their gang of “bad guys” . Although more as a defense mechanism against the actual abuse and criminality they deal with on an almost daily basis.

Soon we are told how a member of the gang died in the overwhelming context in which they live, and to prevent that from happening to them they decide that they are going to raise money and escape from the reserve. The problem is that the plan is too vague -a bit like them- to have resolution soon. In a way, they are criminally bad for trying to be criminals.

One of the most interesting things about this refreshing series of 8 episodes, less than half an hour each, is how it pulls on the aforementioned youth comedy, but also play with the drama a bit surreal but also intimate that shows like ‘Atlanta’ have become mainstream.

But by that I don’t mean to make a copy of it but on a Native American reservation, as it also has exploration of racism in America and the community’s connection to hip hop. ‘Reservation Dogs’ finds a very particular and fresh tone in the development of its journey.

In addition to showing the interesting culture of the indigenous population, the series shows how it has also evolved with connections to pop culture. One of the key moments makes explicit the bow to Quentin Tarantino that is already made from the title. And although his tone tends towards the comic, there is also room for surreal elements that seem to be taken from an Apichatpong Weerasethakul film.

Small details that the Waititi and Harjo series use as an exquisite seasoning for the tone of the series and also contribute to the development of these young characters. Everything is done with very good taste and the series goes wonderfullyso it landed on a lot of best of 2021 lists. It deserves it, and you should probably get on it, especially now that the second season is coming.

Jessica Jacinto, the Venezuelan model with Down syndrome

Friends: 5 strange moments of the series that nobody has been able to explain