“It has nothing to do with it”. Tim Allen explains why he did not participate in ‘Lightyear’ and the director explains that Andy’s toy would be based on a spin-off 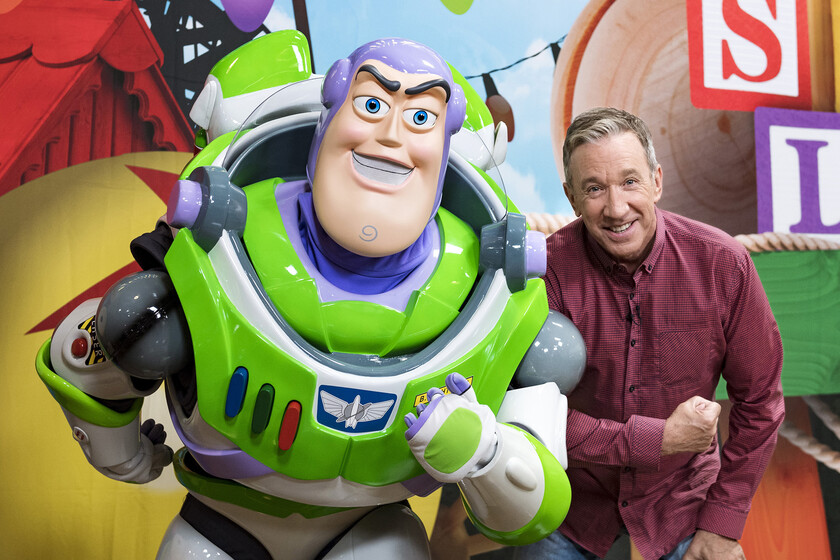 One of the hot topics surrounding ‘Lightyear’, Pixar’s latest release on the big screen, has been in reference to the dubbing of the film and, specifically, to the fact that Tim Allen (Buzz in the original saga) have not repeated this time. The actor has finally spoken on the subject.

Although those responsible for the film had already explained why Chris Evans was chosen as the new Buzz, we had not yet heard Tim Allen’s own opinion. The actor declared that ‘Lightyear’ was a totally new and independent project. Allen has pointed out that he is not criticizing the film but considers that it is quite disconnected from what was the ‘Toy Story’ saga:

Regarding the connection with the character, the film itself is presented as the film on which they based themselves to create Andy and Chris Evans’ toy. remarked this vision. For his part, director Angus MacLane confesses that, for him, Andy’s toy is based on a ‘Lightyear’ spin-off TV series:

When I was little, there were science fiction movies that later had animated series and then that series had toys. The animated series would be a little lighter and a little more light-hearted, so for me that’s where the buzz of ‘Toy Story’ comes from.

‘Lightyear’ has raised more than 187 million dollars worldwide (of the 200 million of its budget), falling short of the initial expectations for this project.

Security prevents Iranian fans from protesting at the World Cup

Without underwear, Bella Thorne shows off her curves wearing a dress with a side opening and straps

She-Hulk will be Marvel’s most feminist series