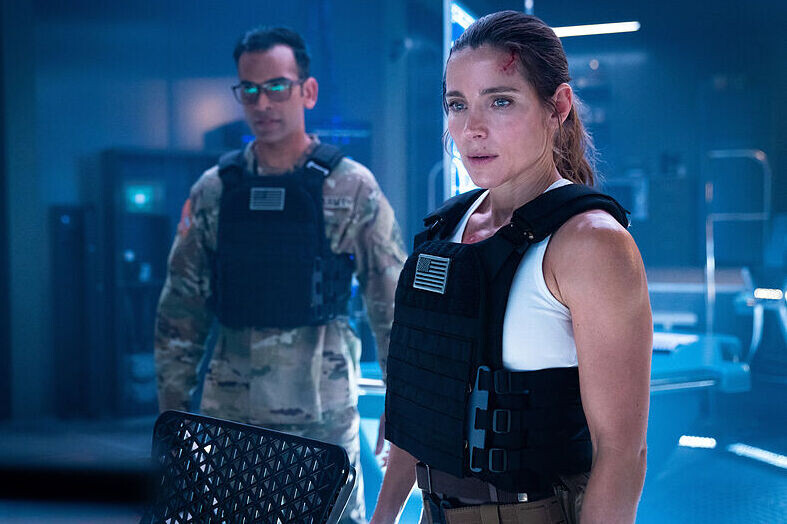 Among the most viewed movies on Netflix in recent days we have ‘Interceptor’, the film debut of Matthew Reilly, with Elsa Pataky leading the cast. The film was in the number 1 position of films on the platform on the day of its premiere and even today it continues to garner a great success among users, something that has caught even the director himself by surprise.

Pataky vs the missiles

The action film, which follows a female Navy captain (Pataky) who must prevent a nuclear missile attack by Russian missiles as exceeds 50 million hours viewed. Reilly, of course, is completely overwhelmed by success.

I was speechless. I was hoping to break into the top 10, but being number 1 in the world? I don’t think anyone expected it to be so hugely successful. I’m as surprised as everyone.

Reily is “well aware” of the kind of movie it is ‘Interceptor’ and, therefore, he has been even more pleased with the good reception of the film. He is proud of his work on it and downplays the hate which, inevitably, can end up reaching you:

If you don’t like my movie, say so. I don’t mind. But at some point we get to that point where people say, “I don’t like your movie and so I hate you and I want you to die a painful death and never make movies again.”

The film has been so well received that it is not crazy think of a sequel. In fact, Reilly already has it written, although Netlix won’t let him reveal its budget. What he does say is that he does not rule out repeating Chris Hemsworth:

Netflix likes (…). If they let me do a sequel, it will be like my ‘Terminator 2’ or my ‘Mad Max: The Road Warrior’ (…) ‘Interceptor’ was a one off but let’s just say the sequel is 10 times bigger. And if he (Hemsworth) wants to participate, I’m sure I can fit him in somewhere.

The rings of power’ has an extraordinary soundtrack, and we can already enjoy it with weekly release albums

What is the Chinese drama about and when does it premiere?