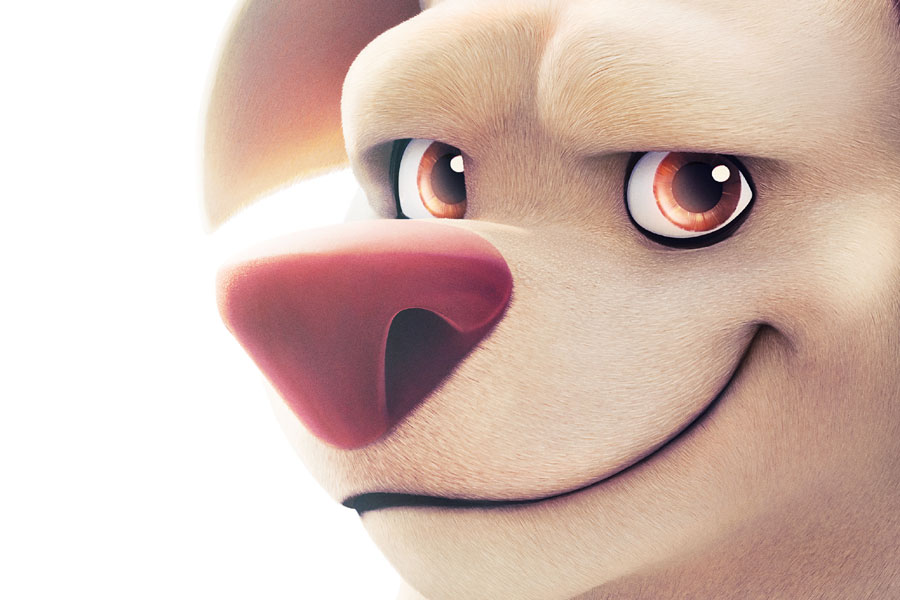 This is one of the DC League of Super-Pets posters, now they played the individual posters of each of the characters in the movie.

The countdown to the premiere of the DC League of Super-Pets is nearing zero, but in the meantime these individual posters show you the lovable characters from DC’s new animation.

Do not stop reading: The coolest poster of the League of Super Pets is this

Check out these posters starring Krypto, Ace, PB, Merton and Chip. In addition, one with the duo that everyone will love: The Superdog Krypto and the bathound Ace.

In Warner Bros. Pictures’ new animated adventure DC League of Super-Pets, directed by Jared Stern, Krypto the Superdog and Superman are inseparable friends who share the same superpowers and fight crime together in Metropolis. When Superman and the rest of the Justice League are kidnapped, Krypto must convince a motley crew at a hostel—Ace the Hound, PB the Pot-bellied Pig, Merton the Turtle, and Chip the Squirrel—to harness their newfound powers and help him save his life. rescue superheroes.

Stern, the veteran writer and consultant on the “LEGO” movies, is directing an animated film for the first time, from a script he wrote with frequent collaborator John Whittington, based on the DC characters.

While Dwayne Johnson leads the voice cast in the original English version, alongside Kevin Hart (from the films “Jumanji” and “The Secret Life of Pets”), Kate McKinnon (“Saturday Night Live”), John Krasinski (the “A Quiet Place” movies), Diego Luna (“Rogue One: A Star Wars Story” “Maya and the Tree”) and Keanu Reeves (the “Matrix” and “John Wick” movies) ).

The Spanish version features the voices of Alfonso Herrera (“El baile de los 41” and the “Ozark” and “Sense 8” series) for Krypto. Alex Montiel (from the series “LOL: Last One Laughing”) in the voice of Ace, the bloodhound. Michelle Rodríguez (“How to cut your patán”, “Mirreyes vs. Godinez”, “I’ll take you with me”, “War of Likes”) in the voice of Lulú. Also participating in the dubbing are Mónica Huarte (PB), Verónica Toussaint (Merton), Andrés Navy (Flash) and Javier Ibarreche (Aquaman).

DC League of Super Pets will be distributed by Warner Bros. Pictures and will be released in Mexico on July 29.

The coolest and most heroic youth literature awaits you in our online store with:

The only problem is that Batgirl hasn’t been seen in Gotham for years… Can Cass find Batgirl before her father destroys the world she’s come to love? Or will she have to take up her own heroic mantle?

Accompanied by the avant-garde artistic style of Nicole Goux, Sara Kuhn, author of Heroine Complex and I Love You So Mochi, tells the harrowing story of a girl who goes beyond expectations to find her peculiar identity.

-Raven, when you don’t want to follow your dad’s path

-Raven shows you that comics are not for children

Comics you must read before watching Ms Marvel on Disney +

Marvel will raise the price of tickets in its movies

Japanese dramas with teachers who change the lives of their students