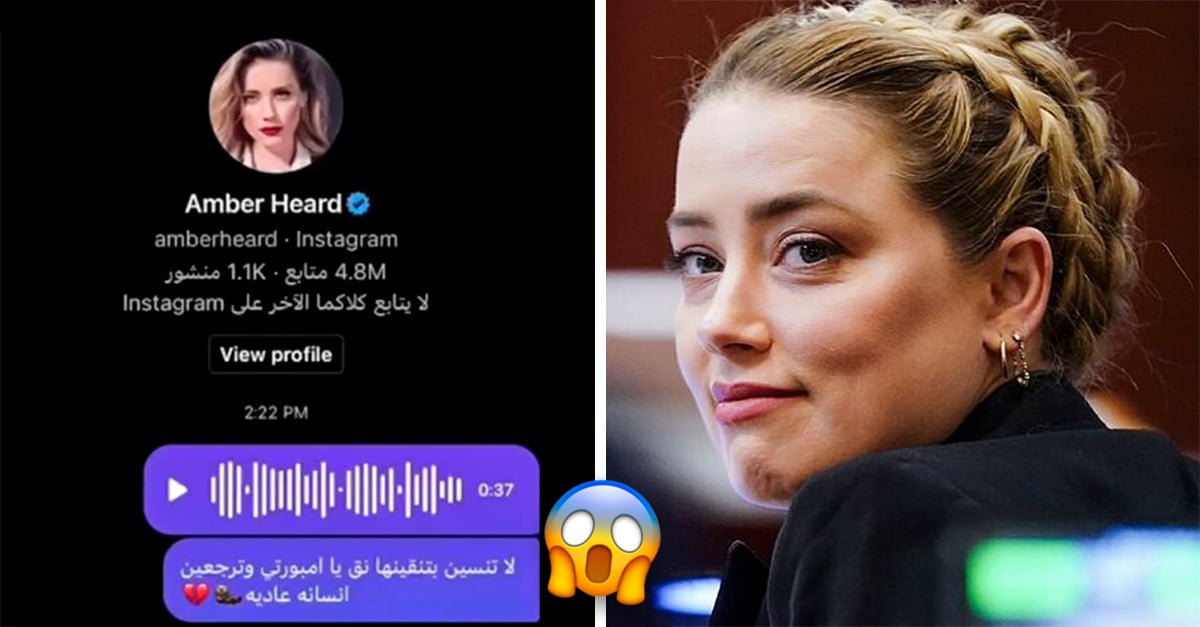 The phrase “We all deserve a second chance” perfectly describes the current situation of Amber Heard, who after receiving the verdict of the trial against Johnny Depp, has received an unusual marriage proposal through Instagram.

Apparently, the actress captivated a millionaire businessman from Saudi Arabia, who did not hesitate to contact her to propose marriage through a voice note in which he said he was a better match than Depp.

9. The matter of the Arab millionaire’s marriage proposal to Amber Heard turned out to be true. pic.twitter.com/EcCdiD3YWh

The proposal has gone viral on social networks because international media claim that the person who made it is a Saudi sheikh (religious or political leaders at the local level) with a multimillion-dollar fortune.

Amber, since all the doors are closing on you, you have no one but me to take care of you. I have noticed that some people hate you and bully you, therefore, I decided to marry you. You are a blessing but people don’t appreciate that. I’m better than that old man.

So far it is not known if Heard has already responded to the proposal and the identity of the mysterious lover has not been confirmed.

On the other hand, the internet is divided between those who believe that this is a bad joke and those who assure that Heard could take the mysterious man at his word, since he could help him settle his debt with Depp, to whom he must pay compensation of 15 million of dollars.