“If you see a Fellini or a Godard on your computer, it’s still a great movie.” Iñárritu criticizes the “dictatorship” on the idea of ​​watching movies 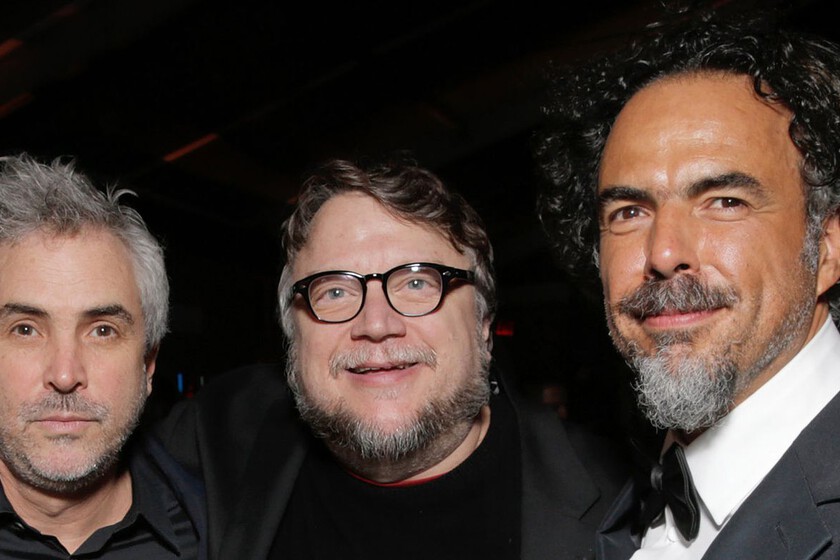 Since the streaming platforms came into our lives and ended up consolidating itself as the great alternative to the big screen of a 21st century in which the sofa in the living room attracts more than the seat in a stalls, there have been many who, with a dramatic tone and catastrophist, have predicted the supposed “death of cinema”; but let’s not tear our clothes yet.

On this occasion, although I have plenty of arguments, I will not be the one to defend that the seventh art is still more alive than ever in a reality that, yes, mutates at full speed. Instead, I’ll let three middle giants like Alejandro González Iñárritu, Guillermo del Toro and Alfonso Cuarón add your two cents to a conversation that has been going on for far too long.

During a conversation held by the three Mexican filmmakers collected in Deadline, Iñárritu has focused on talking about the sizes of the screens and the null importance of these when enjoying a feature film.

“I’m not so concerned with technology and the ways people are watching movies, but there’s a dictatorship of ideas behind it. It’s about the movies that are being made to please that medium. If you see a Fellini movie or a Godard movie on your computer, it’s still a great movie. It doesn’t change the power of the idea. But I think ideas are being shrunk to the size of a computer in terms of ideology, and I think everyone is taking part in it. Shrinking of the idea is what we should talk about, not about the possibilities of the medium.

Before, you could only listen to music in concert halls, and then records appeared, and then the radio. If you listen to Beethoven or Mozart with your headphones, does it stop being great music? Obviously, it’s better to go to a concert hall and hear 120 musicians perform it live, but no matter how you listen to it, it doesn’t underestimate the idea behind the music.”

For his part, Guillermo del Toro, who recently released his ‘Pinocchio’ on Netflix —home of Iñárritu’s ‘Bardo’— aligns himself with the opinion of his partner, and believes that, despite the fact that current cinema is the son of of his time, Things haven’t changed that much in the last few decades..

“I think the size of the idea is more important than the size of the screen, definitely. Cinema, its advertising and financial side, has always tried to be restricted by the rules. Right now, for example, you can hear something like ‘The algorithm He says people need to be hooked in the first five minutes of the movie,’ but that was true in the ’70s and ’80s. It’s always been true. You need to have a strong opening sequence.

I think the cinema we’re having now is post-Covid, post-Trump, post-truth cinema, and it’s very apocalyptic in a way. There are great movements underway that are very interesting. And we won’t be able to fully see them for another 10 years, but that doesn’t mean we shouldn’t talk about them. It is a very interesting moment for cinema. It feels a lot like the last days of cinema, since people don’t talk about it in that context. I think the beauty is that the new voices will rise up against this stupidity in the same way that we fought against it in our time.”

Finally, Alfonso Cuarón, whose ‘Roma’ was one of Netflix’s great critical successes, chooses to defend the position that cinema is probably dying solely and exclusively to make way for a new onedrawing logical links with the transition from to sound —or the appearance of television in the 50s, I dare to add—.

“All this talk about the death of cinema, yes, it’s probably the death of cinema as we know it, but a new cinema is coming, and why should it be dying now? What would be the reason? They defend the idea saying, ‘Oh, fewer people are going to the movies,’ but I don’t know, more people are hooked on their computers. We just need to be aware that the new generation engages with movies differently. Of course, I love the experience of go to the movies, and I go to see movies at the theater whenever I can. But by no means am I going to say that it is the only way to experience a movie. There is a lot of cinema that I am happy to see on a platform. The platforms are getting the better of it of all this because they do not share their numbers, without opening the conversation about what kind of support certain types of cinema are receiving.

At the end of the 20s there was also this conversation about the death of cinema, because sound was coming. They said it wouldn’t survive and people would stop going to the movies. I want to clarify that, in this conversation, when we talk about how cinema and ambition are being punished, it’s not because of the platforms, because the proof is right here… I think we need to remember that and be more humble knowing that the new generations are going to arrive and make the best of these tools to create an incredible means of expression. So I think the cinema will prevail.”

After all, it is believed that our history is a succession of patterns that repeat themselves in a cyclical way and, from its birth, our beloved seventh art has died and risen countless times without having lost an iota of its magic and ability to make us fall in love.

Say goodbye to the black mold of the silicone in your bathtub forever: tricks for the home

Evaluna surprised with a photo of Camilo from the shower, totally naked!

Queen Elizabeth II: This is the emotional story behind her nickname “Lilibeth”

From bikinis to deep necklines: Lili Estefan’s 5 outfits that raised the temperature on Instagram

‘The Last of Us’, Mindy Kaling’s ‘Velma’ and more