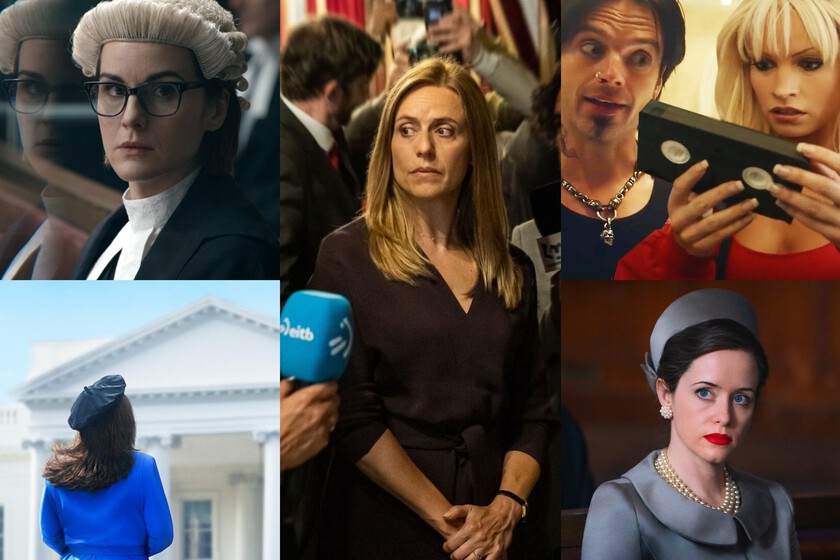 ‘Intimacy’ has been one of the most successful premieres in recent months on Netflix. The series has put the issue of sex scandals on the table but it is not the first to deal with it. There are several series that have revolved around what happens when these types of cases come to light and here you have some available in streaming, fiction and non-fiction.


Although it is one of the few on the list that does not directly adapt real events, the creators of the series have acknowledged taking inspiration from specific events to shape the plot. malen is a politician whose career is shaken by the leak of a sexual video yours without your consent. The series delves into how society and the media receive this type of situation and how it affects those involved and those around them.

Ryan Murphy is a specialist in anthology series and in the one we are dealing with we want to highlight his season 3. In ‘The Lewinsky Case’ (‘Impeachment’), he tells us all about the scandal in which he was involved bill clinton (Clive Owen in the series), the then president of the USA, and Monica Lewis (Beanie Feldstein), a 22-year-old intern with whom he had sexual relations.

Another recent example of the consequences of leaking intimate videos. ‘Pam & Tommy’ adapts the true story of the relationship formed by the actress Pamela Anderson (performed by Lily James) and the musician Tommy Lee (Sebastian Stan), whose sex video was stolen from your safe and distributed on the Internet.

We continue with anthology series, this time with season 2 of ‘A Very English Scandal’. In the 1960s, the life of the dukes of argyll looks agitated at leak of a very explicit photograph of a sexual nature of her that will mean the lynching and the debacle of her public image.

One of the best-known criminal figures in recent American history could not be missing: Jeffrey Epstein. The life of the tycoon convicted of multiple sexual crimes, including child trafficking and child abuse, is the main theme of this 4-episode docuseries. On the same subject, there is also another docuseries: ‘Ghislaine: Partner in Crime’.

‘Anatomy of a Scandal’

Like ‘Intimacy’, the series does not refer to a real case but the author of the book that it adapts, Sarah Vaughan, has admitted to being inspired by true situations that she met throughout her career as a journalist. David E. Kelley (‘Big Little Lies’) brings us this miniseries in which a well-known parliamentarian is accused of rape. Starring Sienna Miller and Rupert Friend.

We conclude with this interesting 4-episode French docuseries about politician Dominique Strauss-Kahn, accused in 2011 of sexual harassment by Nafissatou Diallo, a waitress at one of the New York hotels where he stayed.

They assassinate Hadis Najafi, another symbol of the protests in Iran

Why doesn’t Batman use firearms?

“The weather girl”, Yanet García, models gold lace micro lingerie from the back

Which Mark Tuan song on The Other Side would you be?