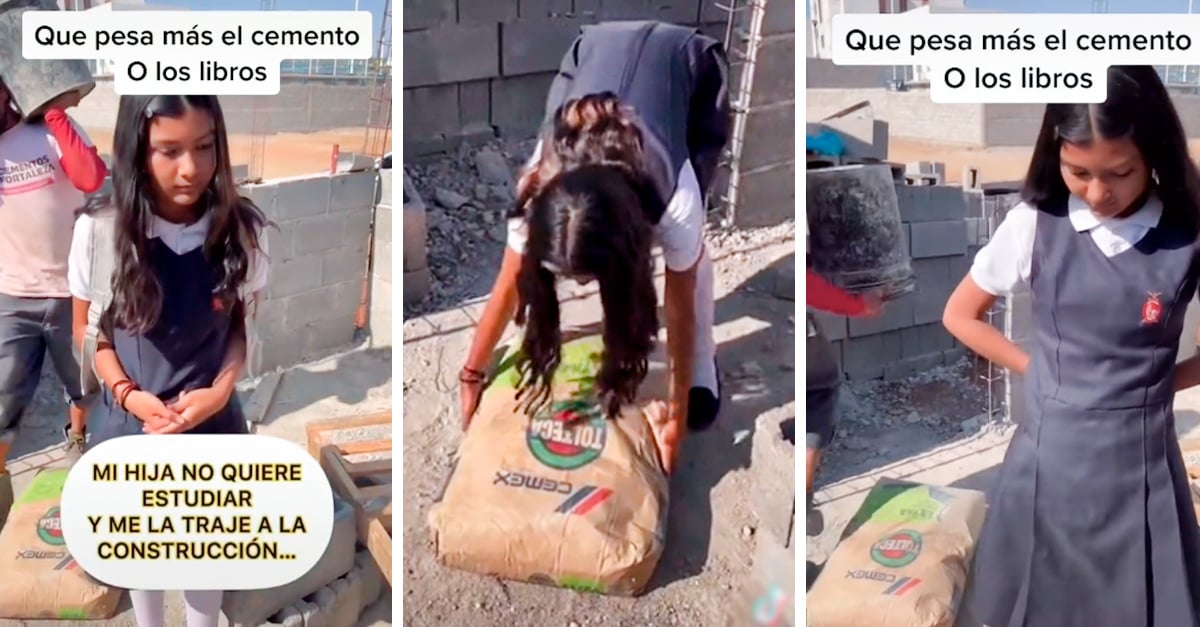 Recently on TikTok, a video of a bricklayer who gave his daughter a life lesson after she told him that she preferred to dedicate herself to the world of social networks to be influencer instead of studying.

The user @ susyjimenez0 was in charge of sharing the clip in which Estrella, the youngest, and her father are seen having a small discussion about the importance of school and how it influences daily life.

The father asks his daughter what she thinks about going to study and she answers his thoughts firmly:

Well, it’s useless. I could earn more being an ‘influencer’ than studying and having a profession.

Given the comments, the man puts his daughter to the test, asking her to lift a lump of cement, something that she cannot do. At that moment, he gives her one of the best life lessons of hers.

Do you know why you won’t be able to lift it? Because you’re not cut out for these things. You were raised delicately in the air conditioning and everything. The real world is hard, Estrella, in the real world you have to earn money by the sweat of your brow. It’s either that or go begging.

The man’s words resonated both in the thoughts and in the hearts of Estrella and thousands of Internet users, who have applauded the father’s action in showing his daughter that real life is complicated and you have to be prepared to face it with the best weapon. : the study.