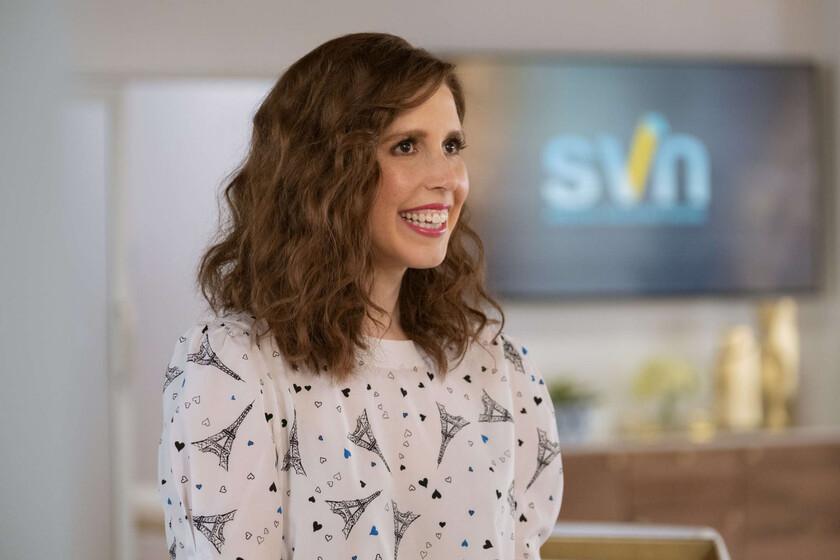 Within comedy there is a kind of subgenre, or rather category, in which the series of the ‘SNL’ comedians fall, with uneven results. This time it’s the always lovely Vanessa Bayer the one who creates and stars in ‘I Love That For You (I’m happy for you)‘, which premieres Movistar Plus +.

Inspired by her own adolescence, the series revolves around Joanna, a girl with leukemia whose biggest dream is to become a teleshopping star. Thus, as an adult, he manages to present a space on one of the largest American channels thanks to a great lie: saying that he still has cancer.

“Meta television” usually sells well. As lovers of former cathode rays, we like to see how things are done… despite being aware that what we see is fiction. The problem comes when the proposal, in general terms, is so bland and generic that it fails to transcend.

One of the reasons why I think that ‘I love that for you’ is somehow a sign of these new times of television consumption is because it is a comedy that could have fit perfectly in an open chain (on FOX or NBC, anyway) instead of on premium cable like Showtime.

In recent years, this sort of label of “we make prestigious series” that promoted cable channels and, in its early years, Netflix. Every time brands, bastions of it, are opening their hands to lighter, less demanding productions. We have a recent example with regard to ‘The Time Traveler’s Wife’ (HBO) and ‘The Staircase’ (HBO Max) that seem to have exchanged their respective houses.

For this reason, the fact that ‘I love that for you’ is such a light and somewhat superficial comedy is striking, as if it were a long sketch of ‘Saturday Night Live’ but without looking for laughter. It’s fun, yes. and the natural sympathy of Vanessa Bayer (in addition to influencing the rarity of his character) manages to save the occasional scene.

Perhaps the problem comes, above all, from the characters that swarm SVN, which They’re like TV jungle cartoons. Something with which the script (in which Jeremy Beiler participates as co-creator) he hits it a bit when he wants to study them better. The connections between them are somewhat forced and even the protagonist’s fish-out-of-water trope is a bit more unreal than she should be.

In short, we find ourselves with a hobby that does not seek complications. The general swing in the tone of ‘I love that for you’ and not knowing exactly what he wants to tell either about this world or about the protagonists causes the series not to take off.