“I like it and I see it very often.” Tarantino says that ‘Peppa Pig’ is the best British production of this decade 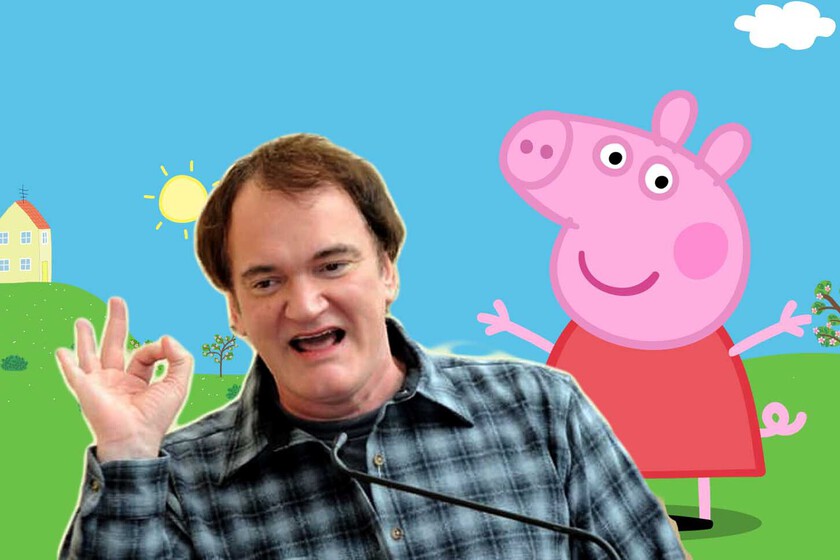 Quentin Tarantino has a very extensive cinematographic knowledge, but few would guess what he is watching with his young son Leo all day. In the new edition of Empire, they talk to the director and his friend and collaborator Roger Avary on their new joint project since ‘Pulp Fiction’, ‘The Video Archives Podcast‘, delving into their history, the inspiration they’ve drawn from VHS tapes over the years, and how they’re approaching introducing their children to the world of film.

According to Tarantino, his son is his new viewing partner:

“My son is quite young, so he has only seen one movie. I thought he was watching some Minions cartoon, and realized he was ‘Despicable Me 2’. And he seemed to be very interested in the opening credits, so I was like, ‘Okay, I guess we’re going to watch Gru 2.’ but he goes and gets up and walks behind the couch, but I’m still watching TV.”

“We watched it for 20 minutes, until it was time to go to the park, and then the next day we watched another 15 minutes. And so, over the course of a week, in little bites, the first movie Leo saw was ‘Despicable Me 2”.

However, Leo Tarantino is already developing a love for a wide range of on-screen series, including a certain famous little pig:

“Gru is a more grueling experience than, say, Peppa Pig. In fact, I watch it a lot and I’ll say it: Peppa Pig is the biggest British production of this decade.”

Silvia Pinal explodes against Luis Miguel: “I don’t like how he behaved with us”

Lucía Méndez reveals why she started her fight with Laura Zapata: “It’s the courage that has me”