“I had to honor the work of Michael Crichton” 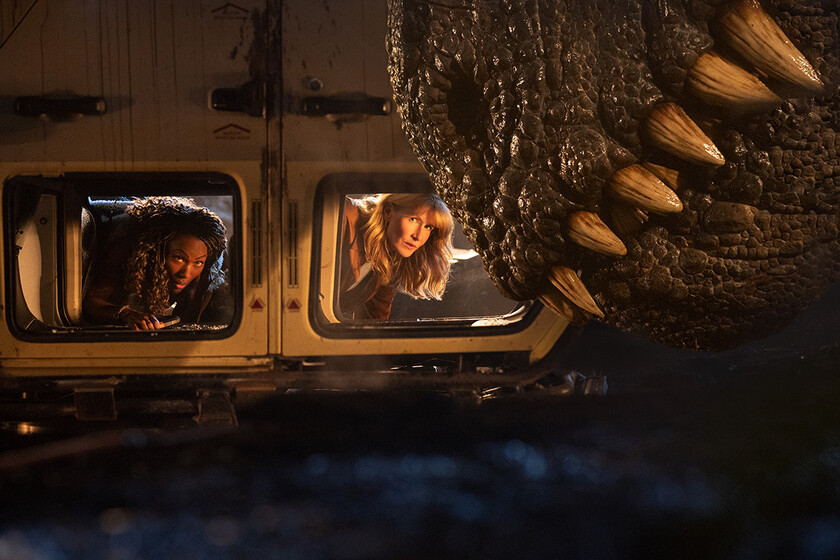 Four years after the release of ‘The Fallen Kingdom’, the ‘Jurassic World’ saga has already reached its apparent final closure with a ‘Dominion’ that has severely divided the opinion of critics and the public, but has managed to hit strongly an international box office in which has already raised a whopping 389 million dollars.

On the occasion of the brand new premiere, its director Colin Trevorrow has given a few details about the creative process of his second project in the ‘World’ franchise as a director after the original 2015 film. It has been on the Jurassic Outpost website, where, among other things, he has commented that was clear about the premise of ‘Dominion’ from the first moment.

“I saw a place, a dynamic and a balance on the planet that we could create where dinosaurs and humans have to coexist in the same way that we do with animals, in all the different ways that we do.”

However, the creative process of the feature film was far beyond his collaboration with co-writer Emily Carmichael. In addition to his work, the ideas and needs of the cast were indispensable elements.

“To create the story, I worked very collaboratively not only with everyone on my team, but specifically with the actors. The film was based on what I needed from it Laura Dern, Jeff Goldblum, Sam Neill, Chris Pratt and Bryce Dallas Howard, and also my co-writer Emily Carmichael. So no, no, I can’t say it’s exactly what I envisioned, because it’s a product of all of us.”

In addition, Trevorrow was clear that, despite the temptation to unleash chaos in cities around the world and turn ‘Dominion’ into an action show with dinosaurs eating humans, the film had to show off a content and a message that would honor the figure of Michael Crichton.

“We think of ‘Jurassic Park’ as the dinosaur eating people franchise, and that’s why we love to watch it, but it’s also a warning. Science has given us extraordinary power to alter the natural world, and we’re seeing the consequences of it. We live with it. So to be able to tell a story about the necessary humility that is needed in the face of the natural world in order to survive is something that seemed important to me.”

“I wanted it to have some scientific plausibility. I didn’t want to make a fantasy movie. Part of my job is to honor the work of Michael Crichton, and honestly, I think a battle between dinosaurs and humans on the streets of a city is a kind of movie. very different from what he would have done.

In addition, the filmmaker mentioned her relationship with Steven Spielbergwho asked him to return to the director’s seat to finish the trilogy.

“That’s right, it was a conversation we had at the beginning. That’s not why I did it. I did it because I really wanted to tell the end of this story. I’m honored that you asked me in the first place, but if the person who gave you the opportunity asks you, you tend to say yes. [Steven Spielberg] He’s seen it and he’s very moved by the presence of these characters at this time, not just after all these years, but at this time in our history.”

If you haven’t done so yet, you can enjoy the unfiltered show of ‘Jurassic World: Dominion’ in theaters since last June 10.

Shakira and Piqué agreement: what does it say and who gets what?