“I drew what the world wanted to see” 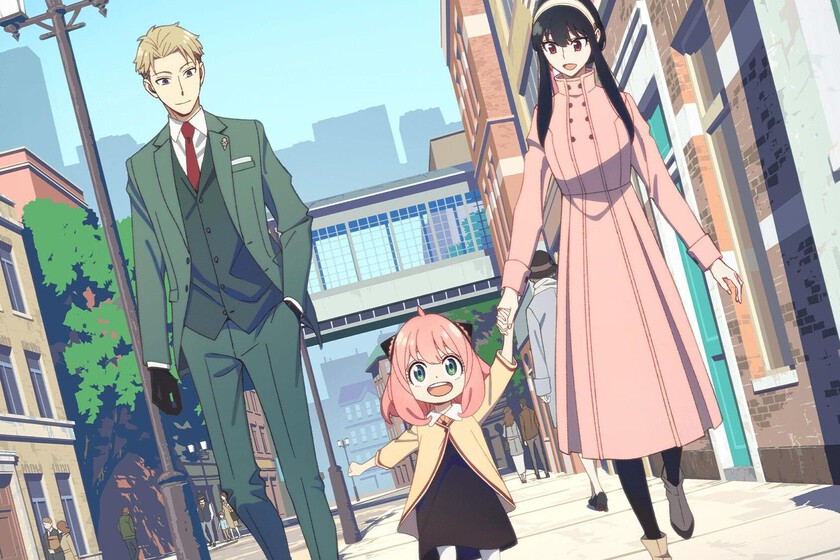 ‘Spy x Family’ has become one of the revelation series of the year and, with the pardon of ‘Kaguya-sama: Love is War’, the star anime of the spring season. The Forger Family It has managed to win a place in our little hearts thanks to its disparate personalities and also its character designs.

yes, originally Loid, Yor and Anya were going to be a little different in the mangaand Tatsuya Endo acknowledges that the protagonists of ‘Spy x Family’ are as we know them right now was actually up to their publisher.

Successful changes, although a little to dislike

While the first part of the anime was still on air, the art book was published in Japan. ‘SPY x FAMILY Official Fanbook: EYES ONLY’which gave us a lot of curious facts about the manga and details about its creator, such as the fact that for many years he was an assistant in very large series.

When a story is submitted for publication, both the plot and the characters often go through many changes, and unfortunately Tatsuya Endo he confesses in the book that right now he doesn’t feel much appreciation for his characters because he doesn’t feel totally “his”.

“I threw in the towel with what I originally wanted to draw, and I drew what the world wanted to see, not what I liked… So it’s not like I’m very close to the characters either,” he laughed at Kazuo Kato, the author of ‘Blue Exorcist’.

As revealed by the mangaka, his editor advised him to change the look of the characters and to make Loid more “cool” and Anya to be much cuter, because these types of designs boost the popularity of a manga. As you can see from the original designs published in the book and as extras in the manga itself, the characters were originally a bit different.

Among other things, Loid had a different look than the “dress-up” we know, with long hair and possible piercings, and Anya at one point was almost a bit older and taciturn. Yor is the only one who doesn’t seem to have changed that much, except for the hairstyle she almost had and her “work uniform”, which resembled more a jumpsuit than the fancy dress she wears now.

That yes, without resentment

Endo had tried his luck before with several stories, but none of them finished raising their heads and he plunged into a terrible creative block. So your editor Shihei Lin, with whom he had been working for more than 10 years, proposed that he create a series that would combine the best of the mangaka’s previous works and that would have enough elements to engage the public. One of these hooks was precisely the spies, because Endo had always found the concept of secret identities very exciting.

Previously, the mangaka had already published several self-contained stories that had not been very successful. However, and as explained by the editor himself, the reception of ‘Spy x Family’ in the editorial department it was so good that the serialization of the manga was “pretty much decided” long before a formal proposal was made.

Despite the character changes, Endo also explained that he really enjoys working on his manga series because it has given him the spark back by drawing his own stories.

“Spy x Family is a rehabilitation job for me, to make me revive as a mangaka when I had a tremendous slump,” said the mangaka.

‘Big mouth’ (2022), criticism: season 6 evolves its characters but by talking less about sex it shows that the Netflix series no longer has so much to tell

Nick Cannon, Mariah Carey’s ex, demanded respect from the 6 mothers of his children

Total cuteness; a little one enjoys his presentation to the fullest