“I don’t trust these people!” Paddy Considine confesses the trick he used in ‘The House of the Dragon’ so that one of the best scenes in the series would be to his liking 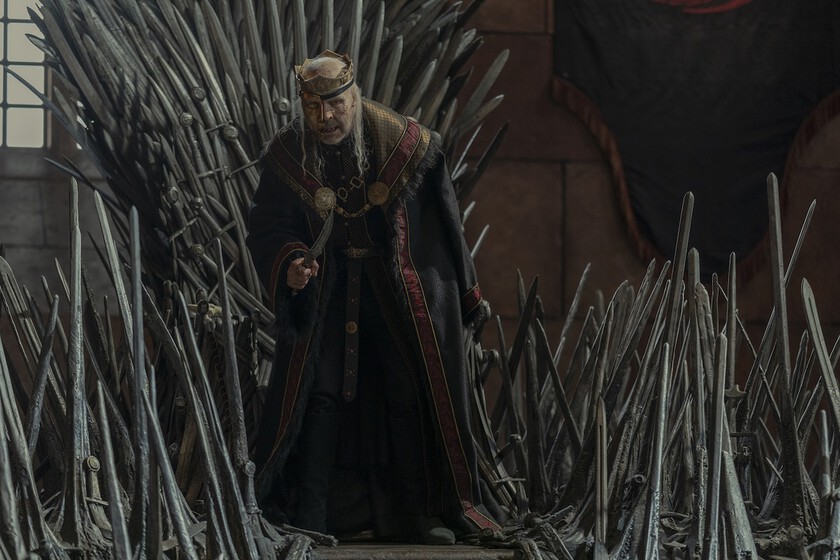 The return of the ‘Game of Thrones’ universe with ‘The House of the Dragon’ was an impressive success, which led HBO to not hesitate to renew it for a second season. Most likely, we will not see the new installment until 2024, so until then we can only talk about what we have already seen and you may be interested in how it got Paddy Considine not to change what ended up being one of the best scenes of the first season.

Watch out for ‘House of the Dragon’ spoilers from here on out.

The scene in question is from ‘The Lord of the Tides’, eighth episode of the first season. Whoever has seen the series surely he has not forgotten the moment in which a very weakened Viserys ascends the throne for the last time, his crown falls off and Daemon helps him up and puts the crown back on his head . Unforgettable, but initially it was not intended for that to happen.

“youI had to make sure it fell every time“

Already at the time it was said that it had been improvised, but also that it was shot both with the crown both falling off and staying on Viserys’s head and that finally it was decided to keep that magical moment that they found themselves in the middle of filming. Well, Considine has made it clear what exactly happened and how did he manage that they had no choice but to leave him in the episode:

What didn’t happen isn’t so much that it was improvised as that she was walking up those steps, she had on a rubber head and a slightly larger crown. I went up the steps and the crown fell off naturally and instead of cutting or going out of character, Matt picked it up, I looked at him, we went up to the throne, he put the crown on my head and that was it.

That was the scene, but sometimes you do that on a job and people miss the moment. I’ve worked with directors who wouldn’t see something like one of those moments. I went to Geeta Vasant Patel, who directed that episode, as fast as I could to tell her that this moment had to stay because it was incredible. And to make sure it stayed, I had to make sure it fell off every time. I don’t trust these people!

After that, Considine praised the director’s work, noting that she was attentive to capture all the little details that the actor gave to Viserys in his last episode in the series. But he found that out afterwards and he didn’t want to risk the detail of the crown ending up being lost like tears in the rain…

the film, already finished, has been canceled by Warner

Orlando Bloom rents his luxurious mansion in Beverly Hills for $ 35,000

16 Fantastic Handmade Jewelry You Won’t Find In Any Store