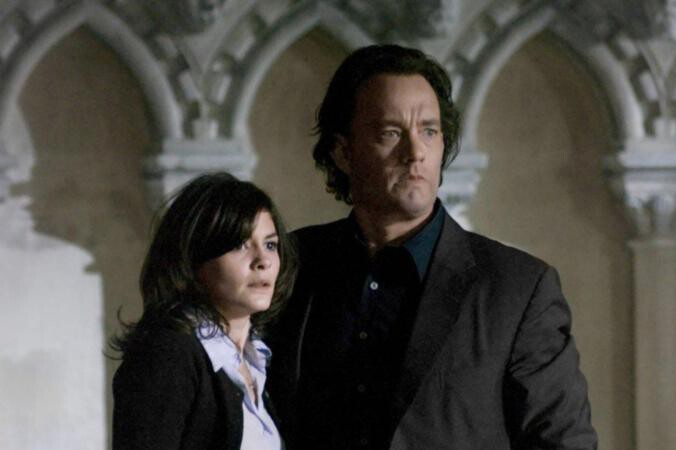 I have to admit that I was never particularly interested in the literary and, later, cinematographic phenomenon that was organized around ‘The Da Vinci Code’ at the beginning of the century. Dan Brown’s novel choked me slightly, and as far as the movie trilogy was concerned, I couldn’t and had no will to move on from the original, directed by a little inspired Ron Howard and released in 2006.

Of enigmas and bullshit

Who does not seem to have too good memories of his participation in the saga of adaptations is Tom Hanks, who gave life to the protagonist Robert Langdon in the original title and in its sequels ‘Angels and demons’ and ‘Inferno’ -also led by Howard-. Three works that the actor, about to release ‘Elvis’, does not hesitate to describe as “bullshit”.

“God, that was a commercial project. Yeah, those Robert Langdon sequels are bullshit. ‘The Da Vinci Code’ was bullshit. I mean, God bless Dan Brown. ‘There’s a sculpture somewhere in Paris! No, it’s over there. Do you see a cross on the map? Well, it’s kind of a cross…’ Those charming treasure hunts are as historically rigorous as James Bond movies for espionage… The only thing we were doing was promising entertainment.

But beyond historical rigors and plot nonsense, Langdon’s adventures for the big screen were always conceived as entertainment designed to make as much cash as possible. Unfortunately, commercial success only came from the hand of ‘The Da Vinci Code’ and ‘Angels and Demons’, which raised respectively 760 and 485 million of dollars.

The sign that the franchise did not have much attractiveness in commercial terms beyond the punctual phenomenon came with ‘Inferno’. Despite exceeding the 220 million dollars worldwide, the film, budgeted at 75 million, only amassed 14 in its North American release, and ended up being considered a disappointment for the study.

This was commented by Hanks, who did not hesitate to see the good side having participated in these projects.

“There’s nothing wrong with commercial cinema, as long as it’s good. When we did the third one, we showed that it wasn’t a good deal. Let me tell you more about ‘The Da Vinci Code.’ It was my forty-something birthday, we were shooting in the Louvre at night. I changed my pants in front of the Mona Lisa! They brought me a birthday cake to the Grand Salon! Who can have that experience?”

“I didn’t want to play a character like that.” Taron Egerton explains why he turned down being Cyclops in the X-Men prequels