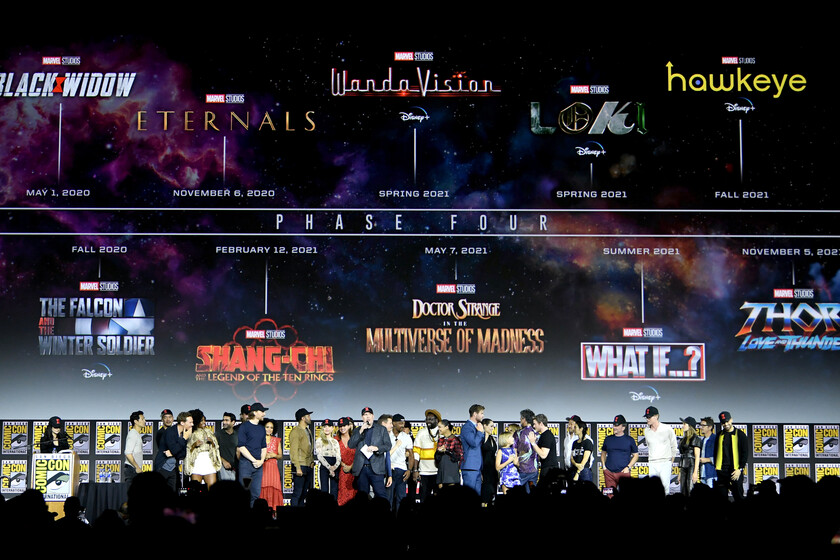 I remember like it was yesterday the day I went to see ‘The Avengers’ by Joss Whedon. The premiere was not only an incredible party that single-handedly exemplified the nature of cinema as a collective experience; also left the posse of being a turning point within an MCU that was taking its first steps slowly, but without pauselaying small stones in a large-scale narrative whose impact and dimensions we could not have foreseen at the time.

Seven years later, the Russo brothers closed what is known as Infinity Saga with an exciting diptych released under the title of ‘Avengers: Infinity War’ and ‘Avengers: Endgame’. A colossal culmination that closed a stage that, despite suffering from the logical ups and downs of quality for a proposal of these characteristics, was tremendously exciting and seemed unique and very difficult to replicate.

This was a turning point for a Marvel Universe that was forced to redirect its plot and aspirations and, as they say, to start almost from scratch with a Phase 4 that, today, continues to accumulate dozens of hours of footage without finishing strengthening its plot bet clearly. Something that, ultimately, is translating into a saturation that is kicking me out of the film and television project of La casa de las ideas.

With timing very similar to that of Phase 4 and over eleven years, the first three Phases shaped a tremendously ambitious dramatic arc, full of charismatic characters and with an epic and satisfying final resolution. But of the enchantment generated then, only the memory remains.

‘Ms. Marvel ‘just ended, and with her cameos and little last-minute reveals, it still feels like the current stage of the Marvel Cinematic Universe continues in its infancy. The clues we have about what the —hopefully— near future of the franchise will be have not been given to us organically, but through official comments, more or less solid rumors and leaks, which does not invite us to faithfully follow what that already seems like an endless soap opera with superpowers involved.

More, but not necessarily better

At the moment, Marvel Studios’ plan is focusing on expand your assortment of characters with presentation titles and post-credit scenes that fall into oblivion and refer to tremendously distant projects that are not even confirmed. But, except for very specific cases, the new signings are far from the banners that led the Infinity Saga.

This problem is secondary if we focus our gaze on what should matter: the average quality of the released productions. Since the start of Phase 4 —and, again, with few exceptions—, the formula has become too obvious and the narrative, more careless than ever, is revealed too focused on enlarge the collection of stickers and make promises that remain in borage water —I’m still waiting for the multiversal madness of ‘Doctor Strange 2’ or some other reference to Kang, the presumed replacement of Thanos as the great villain of the show—.

However, in the midst of this tangle of disappointments, the great ballast of the arc in development is being the series. Productions that last for about six hours that, in the vast majority of cases, could be synthesized without problems in the 120 minutes that a film lasts. But of course, the Disney+ catalog does not fill itselfand you have to keep the parishioners subscribed month after month while, incidentally, you make up for the time lost during the pandemic by baiting the respectable.

It seems that, at this point, the strategy of Marvel Studios has gone from being strictly narrative to being more commercial than ever – which it already was, of course. something that implies keep feeding the FOMO between promises that, this time, the twist definitive that will take us directly to the ‘Secret Wars’ or that will open the multiverse once and for all.

We can only agree with Martin Scorsese and recognize that, in the case of Marvel, movies and series are being reduced to their lowest common denominator: contents.

With a gray top and tight jeans, Ángela Aguilar poses in profile, showing off her flat abdomen

Danna Paola postpones concert, talks about the anxiety she suffers