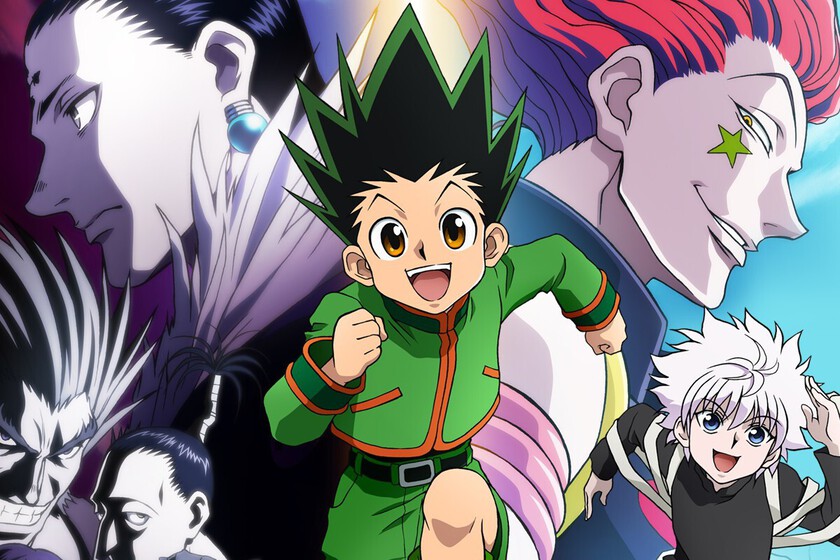 The memes about the infinite hiatus of ‘Hunter x Hunter’ are unfortunately our daily bread for fans of the work of Yoshihiro Togashi. The last stage of publication was quite regular, until the manga again went on indefinite hiatus back in 2018 and there hasn’t been much movement since then…

So that we finally see the light at the end of the tunnel, and more than 1,200 days after the publication of the last chapter, the mangaka has caught us by surprise by announcing that he is already working on new pages.

No, it’s not a drill

Togashi opened his new Twitter account confirming that he already has four new ones to work on. At first we took the announcement with a grain of salt, but the cartoonist of ‘One Punch Man’ Yusuke Murata confirmed that indeed the new account and the announcement about the return of ‘Hunter x Hunter’ were real clarifying that “He told us himself”.

It seems that with Murata’s word ahead It has been confirmed that the Twitter account belongs to Togashi and that the return of ‘Hunter x Hunter’ is not a drill. Manganime fans have not wasted time and the reactions were not long in coming.

Precisely those who have not wasted time to celebrate the return of the manga are MegumiHan Y Mariya Ise, who respectively lend their voice to Gon and Killua in the anime. Both voice actresses are big fans of ‘Hunter x Hunter’ beyond the anime, so when it was confirmed that the news was real, they also reacted from their social networks.

And what does this news mean for anime? well pFirst, it will have to be confirmed when the publication of ‘Hunter x Hunter’ is finally summarizedalthough it would not be surprising that Togashi wants to have a good remnant of chapters ready before a specific date is set.

In any case, ‘Hunter x Hunger’ It has already had several anime adaptations, with the most recent ending in 2014 with the end of the 13th Hunter President Election Arc. Since the end of the series, two more arcs have been published, including the one that would now be summarized in the manga, with what we could have a very limited season in sight or even a movie to adapt these manga chapters.

Although of course, with the precedent of the most recent series of ‘Hunter x Hunter’there is always the possibility of a new reboot anime that starts adapting the manga from the beginning so that Togashi has time to create more material and (perhaps, if we cross our fingers) get to close the story.