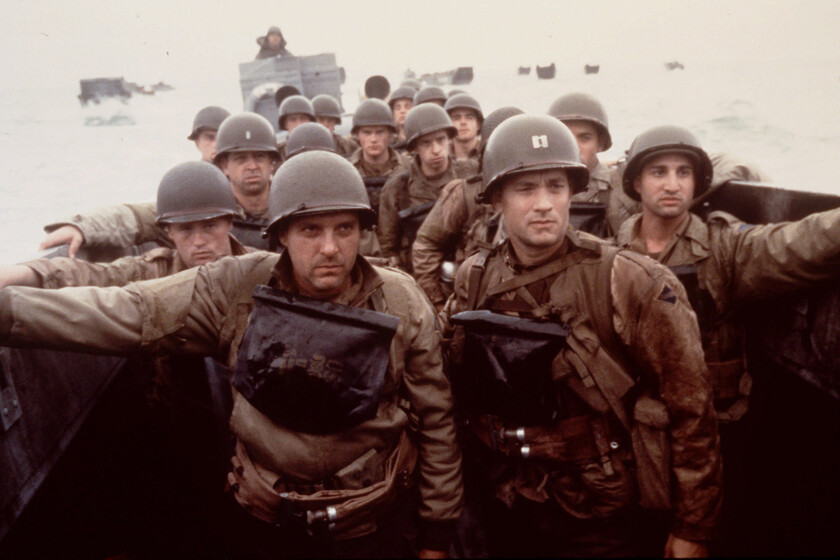 To say that ‘Saving Private Ryan’ is one of the great masterpieces of the prolific war genre is not an unsubstantiated outburst. Of the same, it is not unreasonable to affirm that its extraordinary sequence set in the Normandy landings managed to outshine the rest of its brilliant 170 minutes of footage with one of the most visceral camera and editing exercises in the history of the seventh art —in fact, many people believe that it is the opening sequence.

The staging of Steven Spielbergadded to the work of Janusz Kaminskiwhose photography stood out for the use of bleach bypass —a photochemical process that generates images with low saturation and latitude, high contrast and grain—and the staccato —whose play with the shutter eliminates the blur of the image and brings nerve and realism—, gave shape to a passage as spectacular as nightmare.

But the sensations conveyed by Hollywood’s D-Day version of King Midas didn’t just affect audiences with no battlefield experience; too particularly affected the survivors of one of the most decisive clashes of World War II. Veteran John Raaen, who left Omaha Beach alive, recalled viewing the film in Time magazine.

“Everyone was shocked. Me too. I wasn’t going to talk to anyone either. It just brought back so many memories that your mind was reliving all the things you went through.”

He was such shock generated by ‘Save Private Ryan’ which, according to AP News, the Department of Veteran Affairs of the US government, launched a hotline for veterans or family members who may have suffered some type of trauma due to the combat scenes in the feature film, and which received around 170 calls.

Thus spoke Deborah Richter, who held the post of therapist and director of the Portland Veterans Center when the tape was released, about the potential impact of the winner of 5 Oscars.

“I think it’s going to hit a lot of people hard. John Wayne made a lot of movies looking at the World War II experience, but not in as graphic a way as this one will. It’s a very different perspective on pain and suffering and the deaths. It’s the ultimate trigger for post-traumatic experiences.”

But how did Spielberg’s work get to this point? His protagonist, Tom Hanks, explained to NBC News that he was a combination of magic, technique and a dangerous mythological aura.

“What Steven wanted to do from the beginning was to use all his magic and all the tools that existed in cinema in 1997, and make a war movie that broke all the visual and cinematic tropes of all war movies.

I think what’s dangerous is that it goes into some kind of mythological place… If we ever forget that this was a group of people who went through it and they all had names like Ernie, Buck and Robert, that means we’ve done a wrong I work as citizens of the world, I think”.

Who is Gonzalo García Vivanco, his age and television programs

Judi Dench assures that she will not retire, although she is on the verge of blindness

Christian Nodal’s mother boasts a luxurious gift. Did her famous son give it to her? | VIDEO