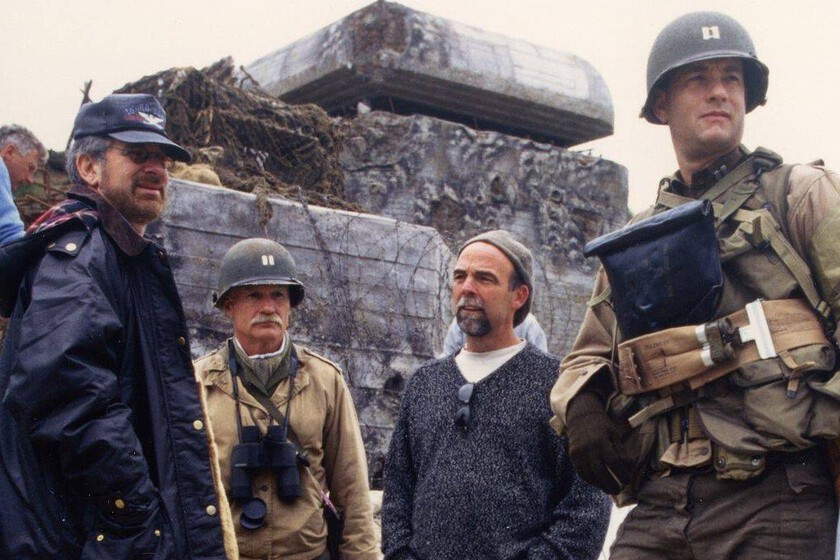 A review of the future of war cinema during the last three decades will end up leading us inevitably to the year 1998, when the wonderful ‘Saving Private Ryan’ was released. A true technical, artistic and narrative prodigy that a year later was justly rewarded with five Oscarswhich included the award for best direction, and among those that did not appear the award for best film, which unfairly ended up in the hands of ‘Shakespeare in Love’.

Friends will be friends

Of course, this story is widely known, but what may not be is the fact that the feature film in question, as we know it, may not have materialized due to the deep friendship that united —and continues to unite— Steven Spielberg and Tom Hanks. A link that prevented them from working together until their foray into World War II.

This is how he explained the reason himself. hanks in an interview with the Desert News outlet in 1998.

“I’ve seen friendships end because of a bad filming experience, and I was very reluctant to do it because of that. Sometimes it amazes me to meet this great guy and be his friend, so it hadn’t been worth risking our friendship until now.”

For his part, Steven Spielberg spoke in the extras of the DVD edition of ‘Saving Private Ryan’ on the same subject, and how he and Hanks they always put their personal relationship first.

“Tom and I came across the project at the same time by chance and, also by chance, we are very good friends. We had never talked about working together as a director and actor. We had always been happy with our children playing and going on vacation together, and with our women being best friends and, we didn’t know. We didn’t want to jeopardize a friendship, so we never talked about working together.”

But then, the script of the film came into their livesand the enthusiasm for a project that they knew was special ended up prevailing.

“Tom, regardless of my reading, had read ‘Saving Private Ryan,’ and when Richard Lovett of the CAA told him I was about to get into it, Tom said, ‘Well, this has posed a difficult dilemma in my life. ‘Cause I’m about to get involved in it.” And Tom had to, you know, do some soul searching to see if he wanted to mix business with personal, just like I did.

So we talked on the phone and we basically never wanted to have a conversation about whether we wanted to mix personal with business. We just started going, ‘Wow, what a great script,’ and ‘We can do a lot with it,’ and ‘What an amazing story,’ and what was real and what wasn’t about it, and before we knew it we were hooked. in a storm of enthusiasm, and we wanted to make it into a movie.

And so one of the best war films of all time was shaped, and it was shown that good friendships, real and committed ones, do not waver even when subjected to the pressure, chaos and emotional tension that surrounds a shoot. In fact, judging by their subsequent fantastic collaborations in ‘Catch Me If You Can’, ‘The Terminal’, ‘Bridge of Spies’ and ‘The Pentagon Files’, it seems that they have taken a liking to mixing work and pleasure. . I hope they continue to do so for a long, long time.