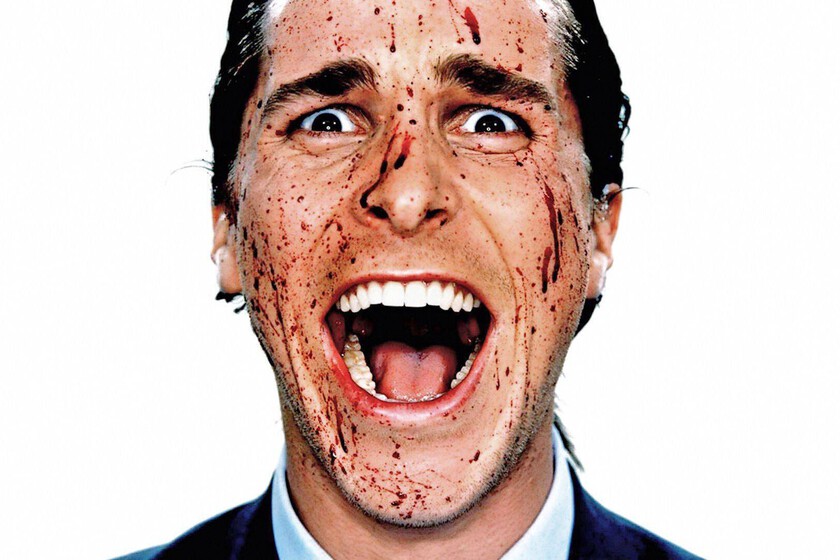 With the greatest expectation for his role in ‘Thor: Love and Thunder’, we must remember that more than twenty years have passed since Christian Bale played an iconic monster of the 21st century, Patrick Bateman. Mary Harron’s adaptation of Bret Easton Ellis’s controversial 1991 novel, “American Psycho,” offered a chilling look at 1980s yuppie culture and cemented Bale’s transition from child star to one of the best actors in Hollywood today.

Ditching director Oliver Stone and Leonardo DiCaprio, whom they deemed too young for the role, Harron and Bale took difficult material and gave it a distinctive voice that made it a rare piece in the turn-of-the-century horror canon, and More importantly, they gave a prescient look at the consumer culture we live in today, with a personality that sums up much of the forms and generational aspirations of a world with no way out of capitalism.

It’s funny that the prototype of the winner embodied by Bale had another well-known actor as a reference At the time, long before what united them was their fondness for screaming madly on film sets, none other than agent Hunt, Tom Cruise. In a 2009 interview with Harron, he recounted the process of defining the character of Patrick Bateman with Bale, revealing:

“Bale and I talked a lot on the phone but he was in Los Angeles and I was in New York. We hadn’t talked much in person, just on the phone. We talked a lot about what kind of Martian Patrick Bateman would be and how he looked at the world like he was from another planet, watching what people were doing and how he should try to behave to fit in. One day he called me and told me that he had been watching Tom Cruise on the David Letterman show and he had this intense look but it seemed like there was nothing behind it… and he took all that energy into the character. .”

Although it sounds somewhat more frivolous now, because of everything that happened later with Cruise, it is true that the image of pristine triumph that has always accompanied the star has something of a mask, something opaque that does not let us see a person with vulnerabilities, like any human being, which leaves us with the idea that failure does not enter into the equation, one of the main maxims of the culture of success in which we live immersed. Only in the case of Bateman, his mask hides the desire to kill, a textbook psychopath.

Batman is a reverse of repressions that were in the most essential modern cinematographic psychopathNorman Bates, who was loosely based on the figure of Ed Gein, a murderer who has inspired much of American Gothic mythology up to Leatherface, which is the rural reverse of the Easton Ellis creation. Like the one in Hooper’s film, Bale carries a chainsaw chasing a prostitute, wears a mask that looks almost like a second skin, and also quotes (wrongly) Gein himself:

“When I see a pretty girl walking down the street, I think of two things. A part of me wants to go out with her, talk to her, be very nice and sweet and treat her well, the other part of me what her head would look like on a stick” NDE: actually the quote belongs to the murderer Ed Kemper.

Like Hooper’s, Harron’s film was much less gore than what is attributed to it, greatly lightening the violence and cruelty of the novel to add to the ambiguous burden of the ultimate question of whether or not Bateman actually murdered someone. In reality, the director thought that blood could stain her exploration of yuppie masculinity, and for this reason the film has added value today, after a decade in which neoliberalism in cinema has reflected a global aspirational motivation.

A prophetic vision of wild individualism

There was nothing redeemable, charming, or thug about Bale’s Bateman like DiCaprio. —note the irony of the role that has come back— from Martin Scorsese’s ‘The Wolf of Wall Street’ (2013), which applies a very different lens to the decadence that money allows and which was accompanied by films that glorified individualism as a feat with a variable moral, from ‘Wall Street 2: money never sleeps’ (2010), ‘Nightcrawler’ (2014), ‘The founder’ (2016), ‘Gold’ (2016) or ‘American Made’ (2017 ), curiously with Tom Cruise.

A cinema response to the crisis that Bale himself did in his own way in ‘The Big Bet’ (2015), which in addition to explaining how the 2008 economic debacle unfolded, offered us the antidote of stealing from thieves, with an individualistic purpose not too different. This revival of 1980s consumer culture and 1980s Reaganomics coincides with a wave of nostalgia for its pop culture and ‘American Psycho’ it was a reminder that in that germ is the root of many of the problems that we live today today, among others the rise of neo-fascism.

The election of Donald Trump as President of the United States in 2016 also dialogues with the idea of ​​’American Psycho’, where Trump appears again and again as an almost mythical figure, always in a restaurant where no one can reserve or a VIP club. It’s funny how Ivanka Trump once said that Christian Bale’s Patrick Bateman could be her ‘ideal man’, given that her father (sic) was one of the keys to the character’s development, who in the film wonders if he has seen the Donald Trump’s car or his, at that time, wife Ivana Trump.

A psycho fan of Donald Trump

Christian Bale, on his meeting with Donald Trump: “He spoke to me as if he were really Bruce Wayne”

Bateman uses Trump as a measure of his own success, within the same circles, which is telling since, even in a fictional world, Bateman and Trump walk the same path. The name of the former president is mentioned up to twenty-five times throughout the text. Bateman has the book on him’The Art of the Deal‘, see him on the covers of Time magazine him “filled with a renewed confidence“, Yes “Pastels pizza looks good to Donny…me too”. “Donald is a good guy. you should meet him”.

Bateman admits at the end of the film that “This confession has meant nothing“, playing with the idea of ​​impunity (fictional or real) that leads him to do what he does, he will never abandon his status. Easton Ellis went further and not even giving himself things could go wrong. An ironic coda that has its correspondence in the words of Donald Trump during his election campaignin which he claimed that “I could shoot someone in the middle of fifth avenue and still be the most voted”. Something that after the events of the Capitol we are sure could happen.

Trumpism, immunity from power, is reflected in rising figures, such as Díaz Ayuso and others far-right politicians who offer a form of kamikaze rhetoric that makes them seem close, but that, meanwhile, generate all kinds of measures that bear the stamp of atrocious commercialism, legislation designed for the benefit of large companies and the sale of a culture of effort anchored in an increasingly evident inequality, with the middle classes disappearing forced marches. At the same time, there is the feeling that the addiction to money and the hedonism of the 80s have been established in generations that drink the story from hundreds of gurus who spread that way of thinking.

In an age of crypto bros, Wall Street wolf hounds and other merchants of the self, ‘American Psycho’ reveals itself as a visionary portrayal of class hatred and Bateman’s utopian power fantasy, who is portrayed in an unromantic light, being a pathetic and socially inept villain whose social relationships are distorted by money. The extent to which an individual’s flaws are ignored is proportional to the wealth of that individual, a culture that carries over into the way of thinking of an entire generation.

Seeing the streamer Xokas speaking to thousands of people and treating them for how many “Ks” he earns per month or year, celebrating himself and sentencing his admiration for others who earn more thousands, evidence a cultural stratification of status quantifiable also by followers, subscribers and income. Values ​​also associated with incel forums, with vulnerable masculinities that Harron and Bale defined perfectly in their mythical battle of cover letters.

Like Tyler Durden, Bateman is an alpha figure, the gravitational center of marginalized trolls who seek their inner Chad in those other figures of power, just as a nefarious businessman like Trump was admired. That ‘American Psycho’ is more relevant than ever only means that capitalism and the elites today concentrate much more power, and its reflection is almost naive with the cultural consequences and dehumanization in which it has derived, but at least it remains as one of the few examples that defies the false moralizing idealization of films with con-artist antiheroes who continue to sell that (believing themselves) smarter than others has a prize.