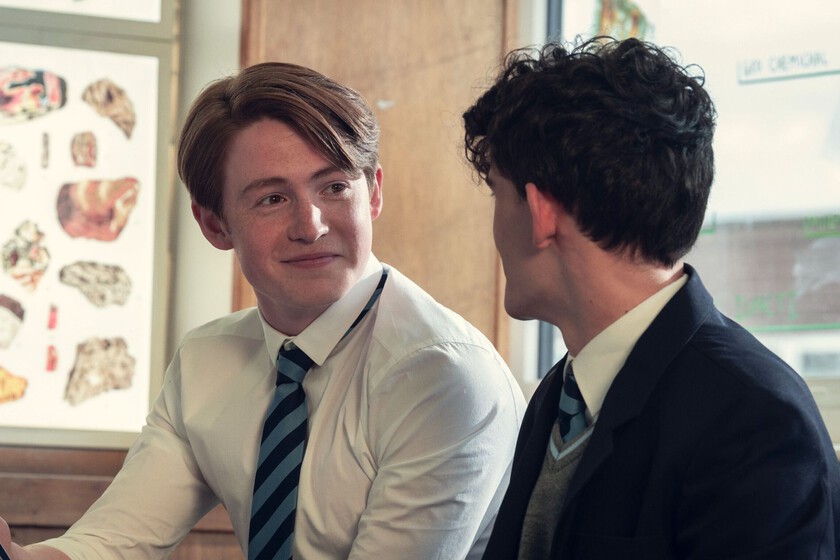 Although adapting a successful comic does not guarantee repeating the move, ‘Heartstopper’ was, without a doubt, a success on the part of Netflix. Whether you have already fallen in love with it and want to delve deeper, or if you prefer to read the original first, we tell you the entire comic and literary universe related to these characters.

The origins of Nick and Charlie

The story of ‘Heart stopper’ is based on the comics of the same name by Alice Osemanwhose first volume came out in 2018. It currently has four volumes, with the fifth pending publication in February 2023, which, in principle, will be the end of the story.

the Netflix serieswhich consists of 8 episodes of about 25 minutes in length, adapts the first two volumes of the collection so it is to be expected that the already confirmed second season adapts the following two.

However, in reality ‘Heartstopper’ is a spin-off of Oseman’s first novel, ‘Solitaire’, which he published at the age of 19 in 2014 and starring Tori Spring, Charlie’s sister. You don’t have to read it to understand the story of ‘Heartstopper’, and in fact this book is very different in tone from those comics and deals with tough topics of mental health, suicide and eating disorders.

As a result of ‘Solitario’, the author released the following year, in ebook format, two spin-off novellas: ‘Nick and Charlie’, set two years after what we would see later in ‘Heartstopper’ and where these two characters, who were secondary in ‘Solitaire’, take center stage; Y ‘This Winter’which focuses on Tori and Charlie’s saddest Christmas and takes place just before what happens in the novel.

In what order to read ‘Heartstopper’?

The four volumes of ‘Hearstopper’ have been published in Spain by the Crossbooks publishing label, although it is also possible to read it legally online in English on Tapas and Webtoon, where new chapters are uploaded. For its part, ‘Solitaire’ was published in 2015 by Planeta, under the subtitle ‘This is not a love story’ and, at the moment, it seems that the edition is sold out. The two complementary novellas are still unpublished in our country.

If you are only interested in the story of Charlie and Nick, just read the volumes of the comic in the order of numbering (in fact, it is the order that the author recommends) but, if you are completists, the story of ‘Solitaire’ would be placed chronologically towards the middle of volume 4, just after ‘This Winter’, and then ‘Nick and Charlie’ would go. The thing would be like this:

On the other hand, Oseman has other three self-contained novels that are set in the same universe as ‘Heartstopper’ and ‘Solitaire’ and that can be read in any order because they are independent: ‘Radio Silencio’ (where we have the character of Radel, a podcaster who is also referred to in ‘Heartstopper’), ‘I was born for this’ and ‘Without Love’. All three have been published in Spain by Fandom Books.

While we wait for the continuation of season 1 to arrive, you can kill the bug by delving into this adorable story, either in its original comic book or from the point of view of one of its secondary, with a totally different tone.

Oscar Isaac says there are no plans for a season 2

Comebacks and debuts in September 2022 that you cannot miss