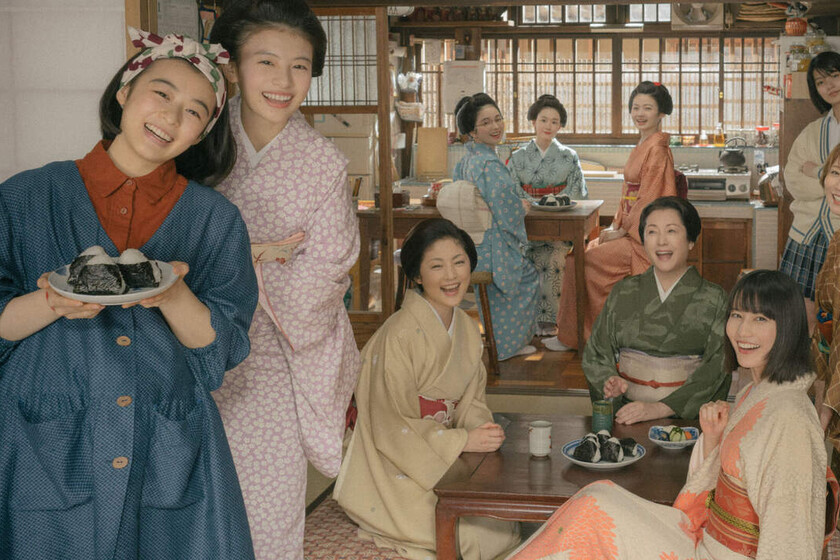 With practically no promotion, beyond the word of mouth of the people interested in it, it has arrived ‘Makanai: the cook of the maiko’ to Netflix. A striking case considering that it is a series created, written and directed by the famous director Hirokazu Koreeda (‘Broker’).

cooking for the maiko

Kiyo and Sumire are two friends who they move to Kyoto to become maiko (geiko apprentices, another way of calling geishas). The two excitedly enter the house where they will be taught everything, but Kiyo ends up finding her vocation in another way: she becomes Makanai, the cook of the maiko.

Despite the fact that he had already directed episodes of other series before, it is the first time that Hirokazu Koreeda is involved in one at all levels (original idea, script and direction). Is a adaptation of the shonen manga ‘Maiko-san chi no Makanai-san’ by Aiko Koyama that began to be published in 2016 and also has an anime version, available on Crunchyroll.

The series has 9 episodes of about 30-40 minutes long and has been released practically undercover on Netflix, without including it in its January news video, with subtitles but without dubbing in Spanish. Although it is common for the platform to release some content without advertising it, it is surprising that so much money has been spent on a renowned director like Koreeda and then hardly gives it hype.

‘Makanai: the cook of the maiko’ says it all with its title: we are before a purely everyday storywhere we will not see great dramatic ups and downs but rather we will attend the quiet day to day of these young apprentices.

In that sense, it can be a story to which it is Difficult to enter if you are not familiar with Japanese culture. Not so much because of the framework of the story but because of the way the characters and actors behave (a more theatrical type of acting predominates in Japan, compared to the West) and the tempo of the episodes.

The structure of the series does not conform so much to the traditional one. Sometimes it can show a lot about what the characters are thinking and other times something has changed inside them and it can be as subtle as that they have tried a dish that has transmitted a specific emotion to them. The characters evolve but not through traumatic events but more everyday things.

Koreeda’s films often have a bitter underpinning beneath that seemingly endearing plot surface. However, this time history is all sweetness: Even though the characters may feel sad or worried about something, in the end, a tender optimism always prevails that makes it a happy place where good intentions end up triumphing.

The relaxed tone of the series makes the episodes more enjoyable when you watch them calmly, rather than in a marathon. We don’t have much hope that Netflix will renew it, but even if we don’t have any more episodes, the end of the series is closed enough to give a good conclusion and have enjoyed the ride.

‘Makanai’ is a tender and calm series, an overflowing oasis of good feelings that invites us to believe in friendship and the joy of the small details of the day to day. If you enjoy these kinds of stories, where nothing happens and everything happens at the same time, give it a try.

Lele Pons was hospitalized because she had to undergo emergency surgery

13-year-old boy puts tabs to continue with his studies