Hide the children! ‘Hocus Pocus 2’ shows its first trailer with the return of the Sanderson witches and confirms its release date on Disney + 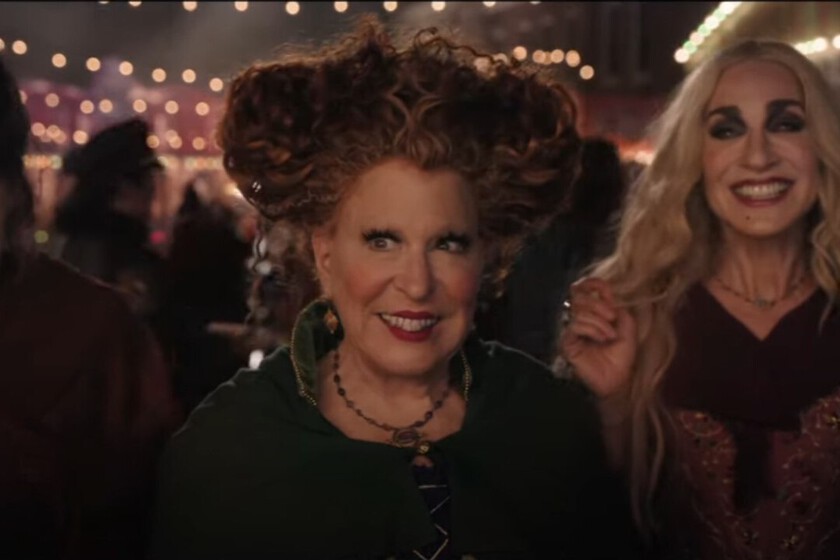 This Halloween, Disney’s most famous witches return to our screens, with Bette Midler, Sarah Jessica Parker and Kathy Najimy again playing the evil Sanderson sisters in ‘Hocus Pocus 2’…and finally there is a first trailer for the sequel!

Anything can happen on Halloween

‘The return of the witches’ (‘Hocus Pocus’) has become an essential classic in Halloween marathons, so for years fans have been lighting candles to see if the sequel finally arrived. It has been made to beg, but it was finally confirmed that there was a continuation in the works.

The main hook is that logically the three antagonistic witches are on board the project and that we will see Bette Midler, Sarah Jessica Parker and Kathy Najimy on their brooms again.

‘Hocus Pocus 2’ will feature a new cast of teenage leads led by Whitney Peak, Lilia Buckingham, and Belissa Escobedo… And as the trailer anticipates us, they won’t be able to sit still and will bring back the Sanderson sisters to cause chaos on Halloween night.

Luckily we won’t have to wait until then, as the trailer has also confirmed that The sequel will arrive on Disney + on September 30 to open the season.

Not many details about the project have been revealed, but in addition to the return of Midler, Parker and Najimy, it is also known that Douglas Jones he will return to play Billy Butcherson and that the sequel will bring back some familiar faces from the first film.

Ángela Aguilar shows off her mini-waist while welcoming autumn

Alex Oxlade-Chamberlain, figure of Liverpool, takes a tremendous scare after robbery of his mansion

VIDEO: This was the time Miley Cyrus and Anitta shared a hot perreo on stage