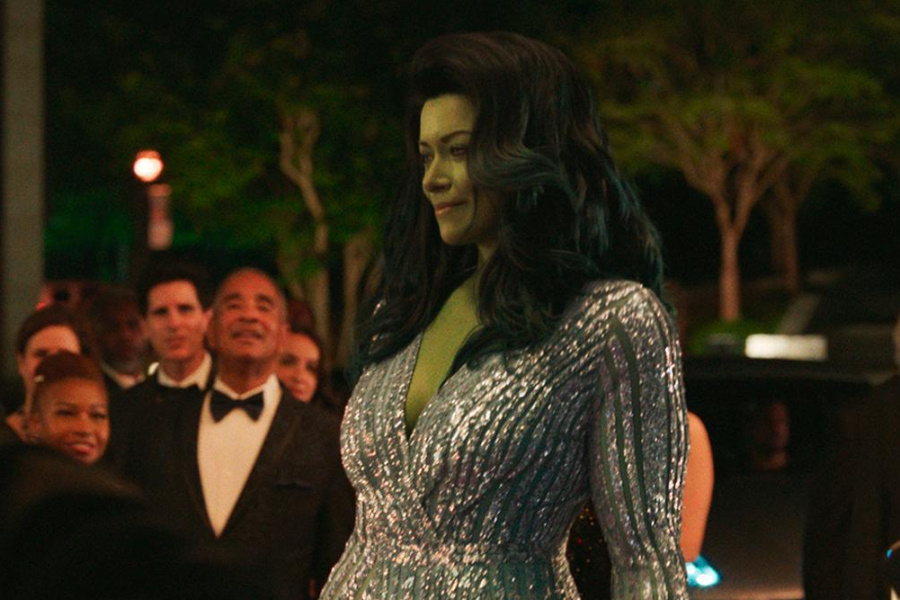 An English magazine shared a new image of She-Hulk, a series starring Tatiana Masnaly, where Jennifer Walters will fight to accept the gifts of the Emerald Giant

In a few weeks the Marvel Cinematic Universe will wage new battles, but now in court, and for this a new ally arrives, Jennifer Walters, whom we know as She-Hulk, who reveals a new image.

Marvel’s #SheHulk is ‘the antithesis of most superhero narratives’, Tatiana Maslany tells Empire.

Do not miss: She-Hulk arrives at the MCU with its first trailer!

Thanks to Empire magazine we have a new image from the first season of She-Hulk, which corresponds to one of the episodes where Jennifer Walters begins to take advantage of the powers she has.

Let us remember that in the comics Jeniffer Walters, a well-known lawyer in New York, who after suffering a car accident receives a blood transfusion from her cousin Bruce Banner, which gives her the powers of the Emerald Giant.

Jennifer Walters vs She-Hulk, beyond the court

This denial of her gifts will be one of the guiding axes of the series, where Jennifer Walters will have to deal with living her cousin’s powers, which will put her at the center of public opinion.

“There is a huge element of denial to it that is relatable. For me, it was about rejecting what happened for as long as I could, since that’s what causes the fun tension between Jennifer and She-Hulk.”

In Marvel Studios’ She-Hulk: Attorney at Law, Jennifer Walters, a lawyer who specializes in legal cases involving superhumans, must navigate the complicated life of a single woman in her 30s who also happens to be a powerful woman. 2 meters.

Tatiana Masnaly will be the interpreter of Jennifer Walters / She-Hulk, and this series will be joined by Tim Roth as Abomination, Jameela Jamil as Titania and the return of Mark Ruffalo as Bruce Banner / Hulk and Benedict Wong as Wong.

She-Hulk is directed by Kat Coiro and Anu Valia, with Jessica Gao serving as head writer. This series will be made up of 9 half-hour episodes.

The first season of She-Hulk will arrive on digital platforms on August 17, 2022.

It may interest you: New She-Hulk posters highlight the heroine’s dual identity

Winter Hulk is about to be unleashed on the world! The planet is more volatile and fractured than ever. When She-Hulk is declared a global threat, Russia’s mightiest heroes, the Winter Guard, are tasked with bringing her to justice!

Now Jen Walters faces a fate that not even a Hulk could bear. The Red Room is the secret super-furnace where some of the best assassins have been forged, and it will turn Jen into something terrifying.

SMASH and Marvel Comics Mexico bring you Avengers: World War She-Hulk. Jason Aaron and Christopher Ruocchio bring this plot that will change the landscape between the most powerful heroes on the planet

Cortefiel, the eternal Black Friday and the robe coat that we would find in Tamara Falcó’s capsule wardrobe (for less than 60 euros)

They find the double of Benito from neighbors in Qatar 2022

Blake Lively takes on a pissed off shark in this electrifying survival from Jaume Collet-Serra that’s about to disappear from Netflix.

Without a bra, Livia Brito models a tight denim overalls