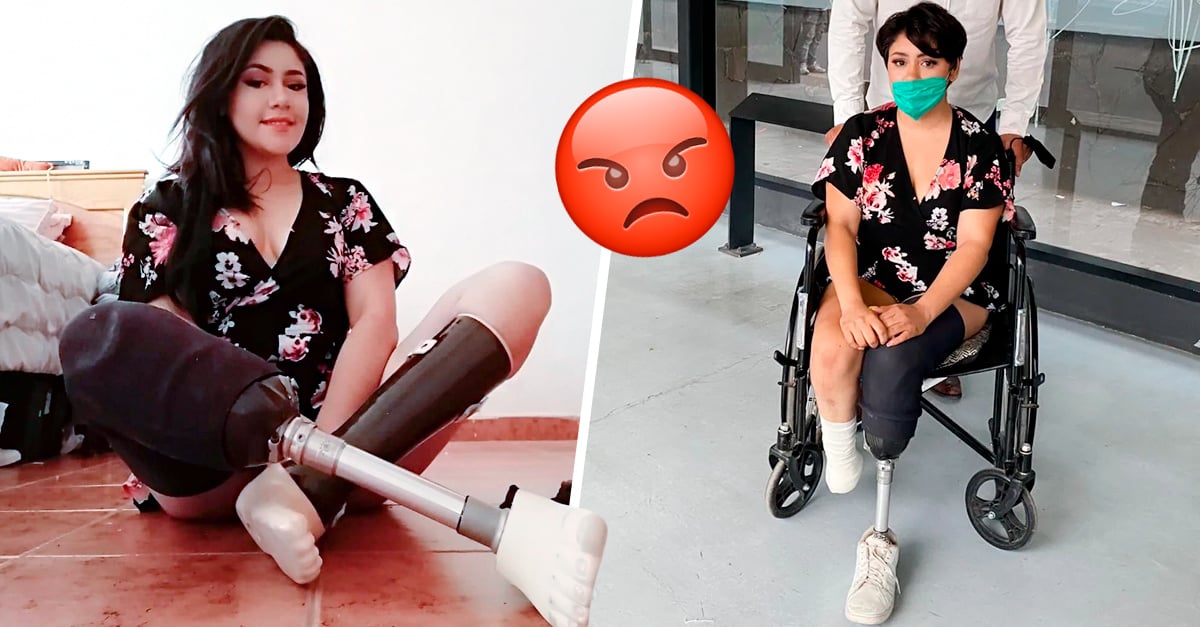 In September 2018, Vanessa Dib Velázquez, 27, from Querétaro, Mexico, was the victim of negligence by the Mexican Social Security Institute (IMSS), for which both her legs were amputated and her uterus was removed. as well as an ovary. After the National Human Rights Commission (CNDH) recovered her case, the health institution offered her 88,000 pesos, just over four thousand dollars, as compensation for negligence.

The victim narrated that on September 11 of that year he had attended three times the number 9 family medicine unit of the IMSS in Querétaro for abdominal pain. Her diagnosis was a urinary tract infection and colitis, for which she was treated without laboratory studies.

But that’s not all, after 10 days the Intrauterine Device (IUD) was removed, since it was in an inadequate position. However, no ultrasound or X-ray studies were previously performed. After the removal of the IUD, Vanessa had to receive a treatment that included antibiotics to prevent infection, but, according to the CNDH, this was not done.

After three days, the woman presented low back pain and the doctors, again without studies, diagnosed that she had acute low back pain. On October 2 of the same year, Vanessa went to Regional General Hospital 1 because she was still unwell, where she was admitted for blood loss, infectious gastroenteritis, and severe dehydration.

Inadequate treatment, the result of a misdiagnosis, led to a widespread infection that led to Vanessa’s cardiac arrest, removal of her uterus and one ovary, as well as the amputation of both legs. Now with the offer from the IMSS, the victim spoke about it, saying that to repair the damage she is offered just over four thousand dollars. However, she has not offered him an apology for the damage she caused him.

Obviously that is not going to repair my damage, but it would help a little in the emotional part, because, perhaps, they do not stop to think about everything that they came to truncate. They offer me, I think, 88,000 pesos (4,244 dollars) to repair the damage and I would like to ask the doctors who made those mistakes if their legs are worth that kind of money.

Vanessa demands that the IMSS give her new prostheses, a pension increase, since she has the minimum, repair the damage, as well as scholarships and workshops for her two children.

Karol G sends a message of love to Rihanna on Twitter: “I love you”

15 atypically gigantic things that surprised more than one

Frida, the rescue dog from the 2017 earthquake, dies

Eduin Caz surprises his sister with a car as a birthday present: “The baby of the house has grown up”