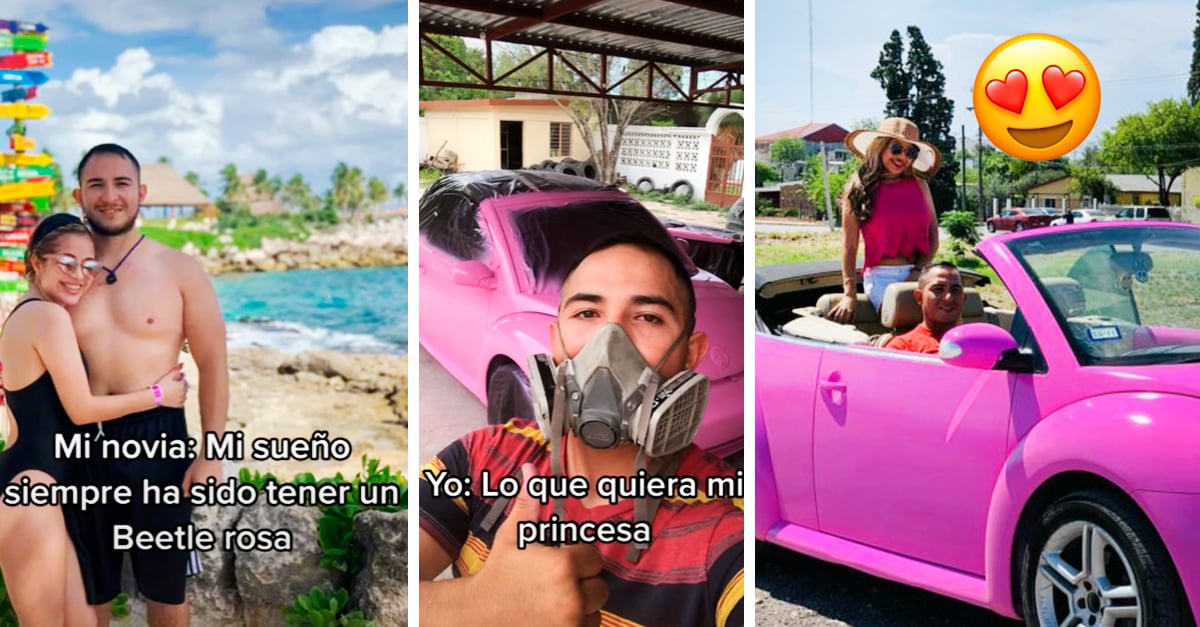 From 1962 onwards, Barbie had everything from a Jeep Wrangler to a Porsche 911 in her garage. In fact, for many of us, the fact that our favorite childhood doll had her own vehicle was one of the best parts of the fun.

However, none compare to the New Beetle with its kits custom decals Flower Power that Mattel launched in 2000. That car was definitely on the wish list of many girls, even in adulthood more than one girl would give anything to live the experience of traveling Barbie style.

Fortunately, dreams are meant to come true and what better than having the right person by your side to help you make them come true. A great example of this is Vanessa D. Córdova and her boyfriend José Vicente Herrera Garza, a couple from the state of Coahuila, in Mexico, who went viral on social networks because José fulfilled one of Vanessa’s greatest wishes: to have the car Barbie of your dreams.

According to the splendid boy, Vanessa’s dream was always to have a pink Beetle like the one on the iconic Mattel doll. So to please and surprise his girlfriend, the boy got to work.

My girlfriend: My dream has always been to have a pink Beetle like Barbie’s.
Me: whatever my princess wants
What is well learned is not forgotten. I was a hundred.

Taking advantage of his knowledge in automotive painting, José modified the convertible yellow Beetle of “his princess” that, according to a post from the official Facebook account of the lucky girl, they gave her eight years ago.

José documented part of the transformation process and shared the final result on his official Facebook and TikTok accounts, stealing the hearts of thousands of netizens, who have praised his admirable show of love in the comments section.