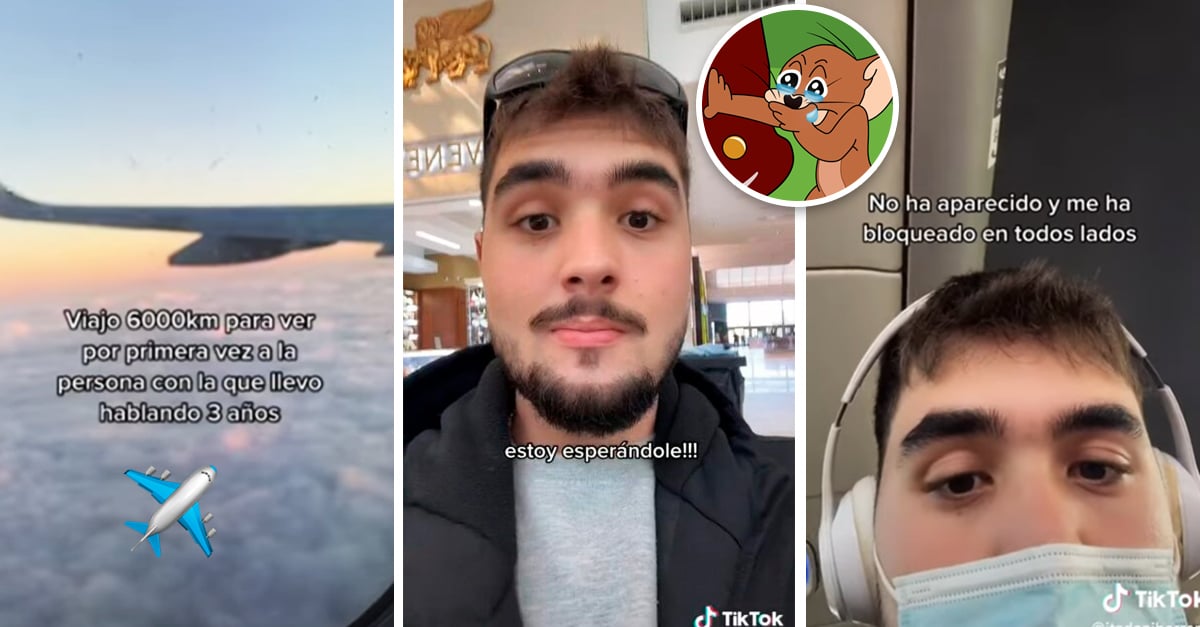 Until recently, more than a couple of decades ago, the most common way to meet someone new was through our social circles. However, the passage of time and, above all, advances in technology have laid the foundations for the development of “cyber love” due to the power of cupid on the Internet.

Such is the case of Daniel Barrera, a boy from the island of Tenerife, Spain, who had been chatting with a very special person over the Internet for three years, so he decided it was time to meet in person. In the end, however, his experience took an unexpected turn.

At the end of last March, Daniel’s story began to spread like wildfire on TikTok due to a video in which he documented his trip to meet that special someone in Orlando, Florida.

The enthusiastic boy had to travel to Madrid and then take a plane that would take him to Miami and from there to Orlando, in order to meet the person with whom he had been talking for three years.

However, after a trip of six thousand kilometers, the excitement of the long-awaited meeting collapsed when the person never answered his calls, messages and, worst of all, blocked him from social networks.

I traveled six thousand kilometers to see for the first time the person with whom I have been speaking for three years.

“I am waiting for you. He has not appeared and has blocked me from everywhere, ”explained the young man in his viral TikTok video, accumulating millions of visits and all kinds of comments from users.

Some of the most recurrent ones questioned the veracity of the story, while there were those who asked Daniel if he had at least taken advantage of the trip to tour the city.

For this reason, in a follow-up video, the boy shared that after losing thousands of euros and three years of his life with a person who played with his mental health, he took advantage of his stay to visit some tourist destinations in the city. In addition, in one of the comments he assured that he took the situation with humor.

Are you a laid back person or is stress consuming you?

He blocked his ex and contacted her through the printer

Taron Egerton met with Marvel to be the next Wolverine

First reviews of I Am Groot, the new Marvel series