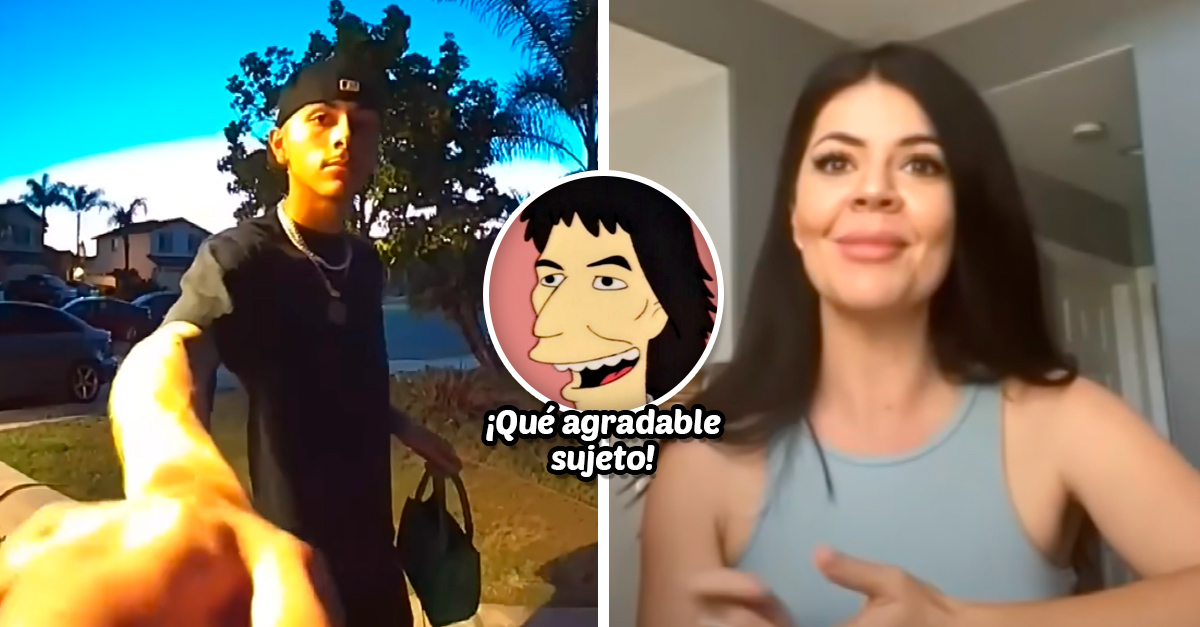 All good deeds have their reward and Adrián Rodríguez, 17, proved it by returning a complete bag to its owner, who forgot it in a supermarket in a town in California, United States.

After his feat, the young man was rewarded with the amount of 13 thousand dollars. In addition, he earned the respect and admiration of thousands of Internet users, who claimed that the boy restored their faith in humanity.

Eliana Martin lost her bag while doing her usual grocery shopping. She was anguished for hours because inside it were her personal identification and bank cards. Martin considered going back to the supermarket, but she thought the chances of finding him were extremely low. However, while she was mourning what happened, someone rang the doorbell of her house, her aunt opened the door and, confused, she received the bag from her without asking any more questions.

The delivery of the bag was recorded by the home’s security system. Later, Martin checked his bag and realized that everything was just as he left it. For this reason, with the help of his friend Melina Marquez, he decided to share the images to find the whereabouts of the honest young man who took the time to carry the bag to his house.

We believe that he deserved a great compensation and since many people wanted to help for his good deeds, here we are. Please share so your story can be told. He was raised by wonderful parents and this needs to be said. It gives me hope for our next generation and never judge a book by its cover.

While they asked for help on social networks to find the whereabouts of the anonymous hero, Marquez opened a GoFoundMe account to collect money and deliver it as a reward. Incredibly, they managed to collect 13 thousand dollars, that is, about 276 thousand Mexican pesos.

Marquez’s publication went viral and the Telemundo 20 network took on the task of finding the anonymous hero, who was identified as Adrián Rodríguez, a 17-year-old high school graduate.

My mom always told me since I was little to always do the right thing even when no one was around. That ‘s what I did.

Marquez ended up delivering the reward to Rodríguez, who thanked the beautiful gesture of both those women and all the people who were involved, since they are the ones who gave him back his faith in humanity.

The Weeknd returns to Mexico: this is what we know

one of the most beautiful animes of recent years returns to Netflix with a summary film, and already has a release date

Deadpool 3 will laugh at the entire Marvel MCU

“What I was dreaming of achieving the most.”

Ángela Aguilar models a pink top, showing off her mini-waist in profile

Wonwoo chose his favorite song among his compositions