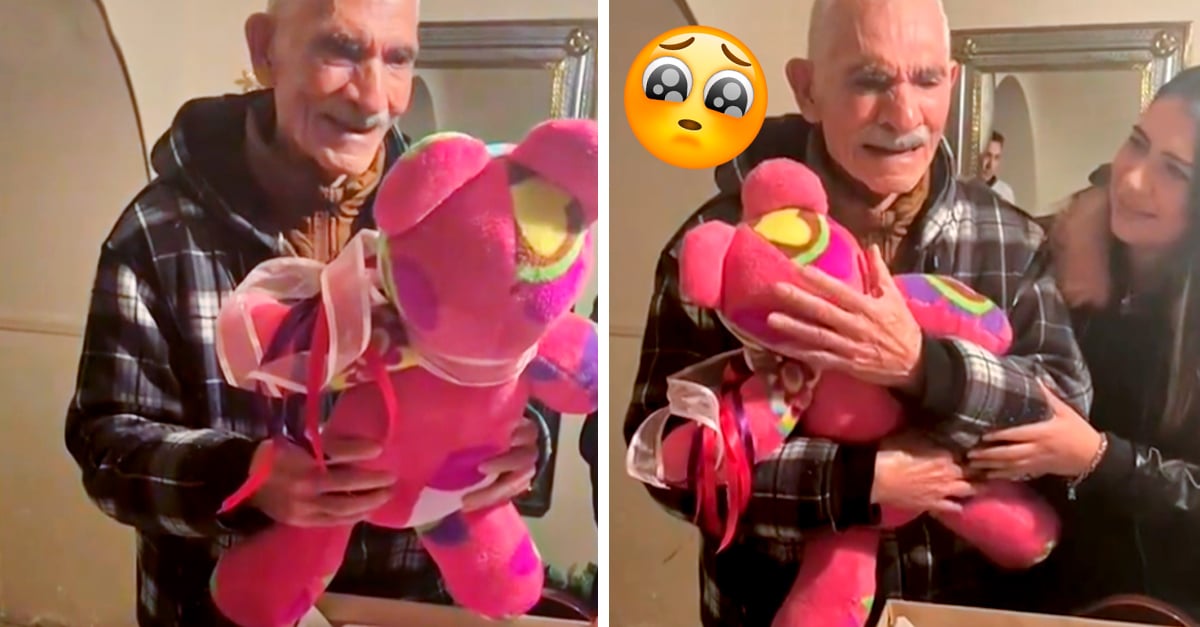 When the loss of a loved one is suffered, the things that belonged to them in life are treasured even more, as it is a way in which some people can feel close to those who are no longer with them.

In recent years, the creation of stuffed animals with the clothes of a deceased loved one has become popular, in order to keep them present at all times. In addition, they have become the best gift for those who miss that loved one.

A clear example of this is the video of this grandfather, who, upon receiving a stuffed toy made with his deceased wife’s favorite blanket, could not contain his emotion and his reaction moved all of TikTok.

The girl in charge of recording the emotional moment was her granddaughter Perla, who through her account @perlageorginaalme shared with her followers the sweet birthday surprise they gave her grandfather, without thinking that it would go viral.

♬ I will miss you – third sky

My grandmother passed away a month ago. We gave my grandfather a teddy bear made with her favorite blanket and a photograph of her. Happy Birthday!

In the recording you can see the man take a stuffed animal out of a gift box. However, at first, he did not realize that it was made from the blanket used by his late wife.

While looking at the teddy bear, the grandfather comments that he will use it as a pillow, since he never dreamed of having one. Later, noticing that the man had not noticed the blanket, a woman who is next to him tells him that he had already observed the gift in detail.

Immediately, the man stares at the bear and one of his granddaughters tells him that it is his wife’s blanket. Before the beautiful memory of his beloved, he breaks into tears while he hugs the stuffed animal and his granddaughters comfort him.

Social networks did their thing and the video went viral. At the moment, the recording has six million reproductions and more than 900 thousand likesas well as many comments from users who claim to have cried when they saw their grandfather, while a few others told similar stories among their families.

In the girl’s account you can see a couple of short videos where her grandmother appears, who seems to be in poor health.

Thank you TikTok! for giving us these kinds of stories that fill us with tenderness.

Sylvester Stallone and his wife reconciled, no divorce