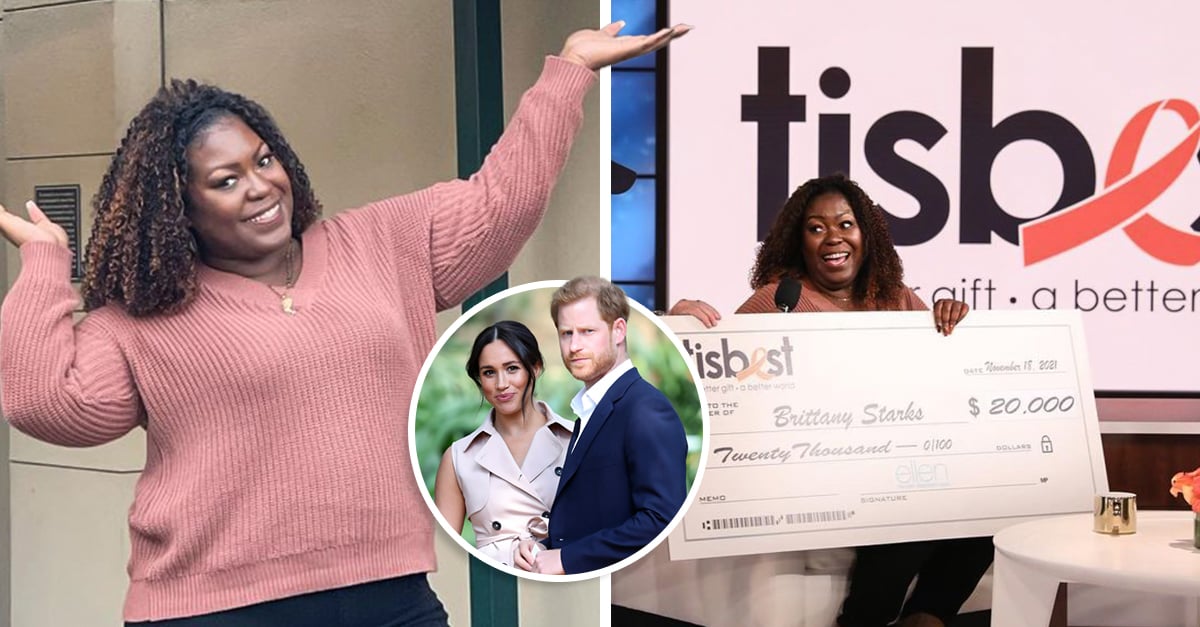 In November 2021, during the television program The Ellen DeGeneres ShowBrittany Starks, a single mother and head of the non-profit organization A Twist of Greatness, was in for a big surprise when Ellen and Meghan invited her to join the stage and, after hearing the story, presented her with a large donation.

Brittany started her foundation when she wanted to give something back to society, so she made a Facebook post asking if there was anyone who couldn’t afford to fix their son’s hair before school. With this announcement, she thought that a maximum of five or seven children would arrive. However, the first call was attended by 35 children.

Despite working three jobs at the time, Starks made time to braid each child’s hair. After launching her nonprofit, she holds free monthly events where she not only braids kids’ hair, but also offers a mentoring program for kids. The founder assures that she has helped more than 150 children approximately.

Upon hearing of his beginnings, the host of the program gave him a donation of 20,000 dollars, in association with the gift card company TisBest. But that wasn’t all, when Meghan and Prince Harry found out about this, they wanted to make sure A Twist of Greatness started off on the right foot, so they also handed her a check for an additional $20,000.

This is not the only time that the Duke and Duchess of Sussex have made such charitable donations, as it is known that on one occasion they donated $25,000 to the aid fund for employees affected by the pandemic.

Why are royal aides calling Meghan Markle a ‘narcissistic sociopath’?

“It is not expected to survive.” Actress Anne Heche has a serious brain injury after an accident and will be disconnected from life support