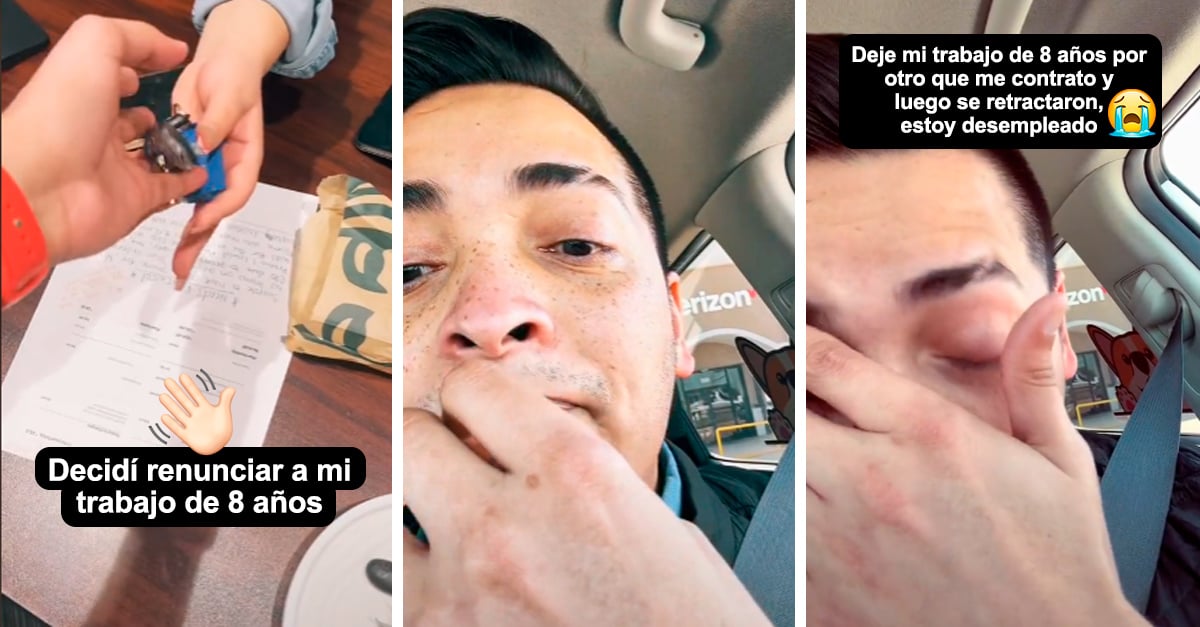 Changing jobs is a very difficult decision, especially when you have been in the same place for several years. However, all change is good, or at least that is what is said, since a TikTok user known as Migi B did not have such luck.

It turns out that the young man had been in his job for about eight years, but when he saw a vacancy with higher benefits than he already received, he decided to apply, approving for the position and saying goodbye to his old office. Unfortunately, a few days before going to work, this vacancy was canceled and he was left unemployed. His story went viral on social media.

They say that “when one door closes, another one opens”, as demonstrated by the TikTok user @ migimigz22, who after eight years resigned from his job to go to another company and end up with nothing, since he was not hired.

He himself made his story known through two videos. In a first clip, he shared how he took his stuff, emptied his locker and handed over the keys. But eight days later, he shared a second video reporting that the new company he would work for ultimately decided not to hire him.

I left my job of 8 years for a job that hired me and then pulled the offer when I was out of a job.

In this second clip, he is seen on the verge of tears, full of despair and dejected for having risked everything without obtaining a single benefit. His story went viral immediately, his videos reached millions of views and thousands of views. likesHe also received supportive comments.

Fortunately for this boy, the job came quickly and in a message he confirmed that he had already found a job: “Update: I was lucky and was able to find a new job! I start tomorrow!” Without a doubt, this is indeed a happy ending, or better yet, the beginning of a new story.

“I don’t know if we evolved or regressed”