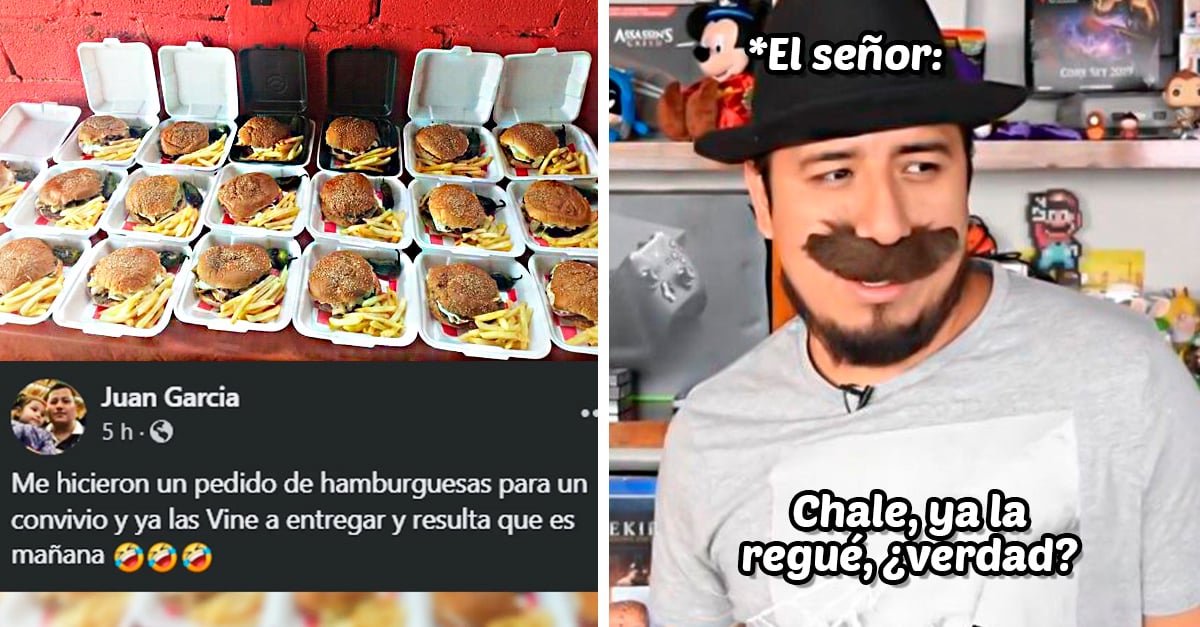 There are people who are so distracted that there are things and anecdotes that can only happen to them and even if they seem like a joke or sound too extraordinary to be true, there is always someone who documents it and it goes viral.

This is the case of a vendor in Mexico, who made a delivery of an order of hamburgers that had been requested, but upon arrival at the place, they told him that the date of the event was until the next day, so he ended up offering them on networks. .

The protagonist of the chapter “it seems like a joke, but it’s an anecdote” this time is Juan García, a man from Tampico in the south of Tamaulipas, Mexico, who woke up very early on June 16 to place an order of approximately 20 hamburgers that had been commissioned for an event.

Everything was going well in terms of the preparation time for those hamburgers that included French fries in a combo, but things changed when, upon arriving at the event venue, Juan realized that he had made a mistake on the delivery date and that order would be received until the next day.

With a bit of humor, realizing his mistake, Juan took a photo of the hamburgers and decided to share his story on his Facebook account, in order to offer them to his contacts and not lose the money he invested in them.

With various ingredients such as pineapple, mushrooms and the traditional flavor with which the hamburgers are prepared, the man shared them to deliver them to a place near the city’s bus station and even offered to take them home.

I had an order for hamburgers for a party and I already came to deliver them and it turns out it’s tomorrow. Someone likes, I go to leave home at once.

There are with pineapple, with mushrooms and traditional with potatoes, at 70 pesos any. I’m at the bus station, but I’ll take them wherever you tell me.

The publication was shared so much that it went viral, so the comments of people interested in buying a delicious hamburger were immediate and Juan managed to sell all the merchandise.

In addition, there were users who took advantage of the space to tag that distracted friend and a few others who felt identified with the young man and talked about their own anecdotes.

Ugly Betty’s house looks the same as in the novel; it’s a home

Chelsea is left without DT, why did they fire Tomas Thomas Tuchel?