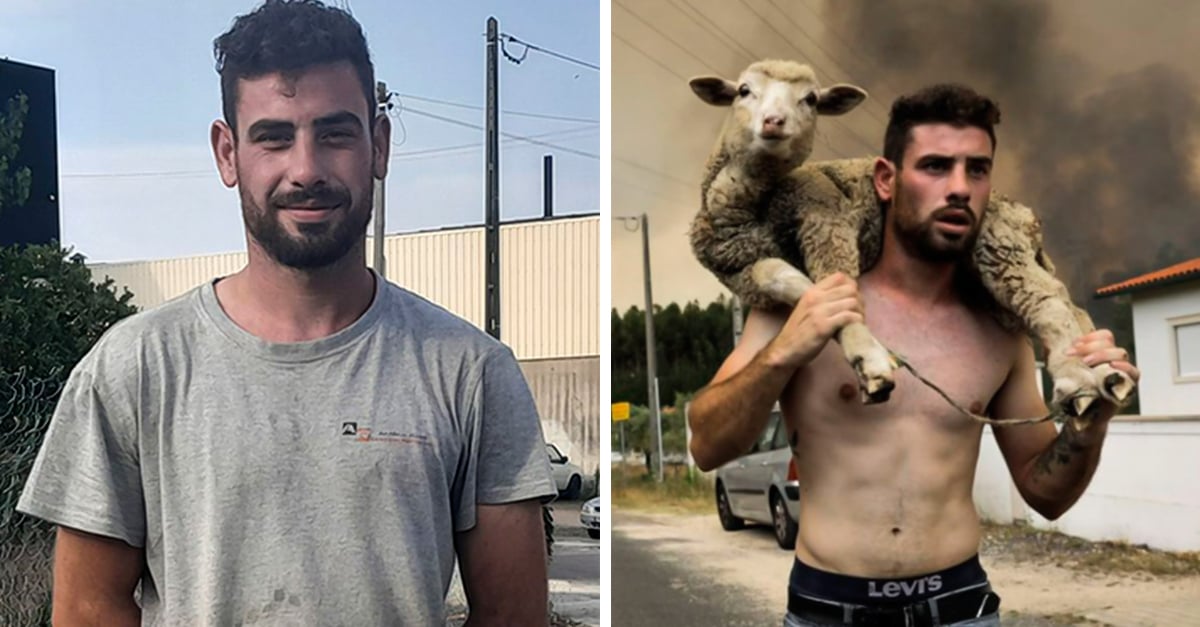 the spanish newspaper The country documented the story of João Paulo Ruivo, a 22-year-old man from Portugal, who is the face of the most shocking image of the fires that plague the country. The young man was caught by a photographer as he carried a sheep on her shoulders after rescuing it from the fire.

Currently, high temperatures across Europe have sparked wildfires and hundreds of heat-related deaths as the continent goes through record temperature levels, which experts attribute to climate change.

In Portugal, fires have consumed forests and farmland in most of its territory. The fire is being fought by more than two thousand firefighters and civilians who do everything possible to put out the flames that have affected cities such as the District of Leiria and its municipality of Boa Vista, where João Paulo Ruivo was photographed rescuing a sheep from the calls.

The image immortalized Ruivo as a hero and has been described as a symbol of the Portuguese fight against the devastating fires that have stalked much of Portugal for more than a week. Its author is the photographer Paulo Cunha, from the EFE agency.

Inevitably, the story of Ruivo, who along with family and neighbors helped save people and animals during the fires in the Portuguese town of Boa Vista, went viral around the world. However, the intention of the young man who works in a carpentry in the area was not to be the protagonist of the tragedy classified as “the most serious since 2017”.

Until now, Ruivo has avoided contact with the media, but journalists from The country They managed to interview him. The man explained to the newspaper that he did not think of fear, but of solidarity and added that he is surprised that his photo has become the face of the forest fires in southern Europe, since it was natural for him to help others. :

At that time, I was focused on helping others. It was a nice gesture on my part, but I don’t want to be the main face of this tragic accident. It’s not right to be famous for a fire, firefighters should be famous. People think I want this fame and I don’t want it, it’s not for me. Many of us did the work that the firefighters didn’t do because they couldn’t get everywhere.

In addition, the man provided details about the situation in which he was photographed, when he helped rescue several animals that were on a farm surrounded by flames. Ruivo described the situation as “distressing”. However, he downplayed the rescue carried out:

They were behind the fence, nervous, they couldn’t see well. The men managed to save a herd of 40 goats and 20 sheep. They all found refuge in a carpentry shop. We react like the Boa Vista family. It’s not a matter of pride, you just want to help.

Faced with the growing wave of disasters caused by the fire that began just over a week ago and that has left a balance of one person dead, more than 160 people injured and 865 people evacuated, the Government of Portugal extended the state of emergency until last July 17.

Angelina Jolie made a surprise visit to Ukraine

No Way Home, courtesy of Sony and SMASH

Isekai Ojisan (2022): A great parody of the isekai genre