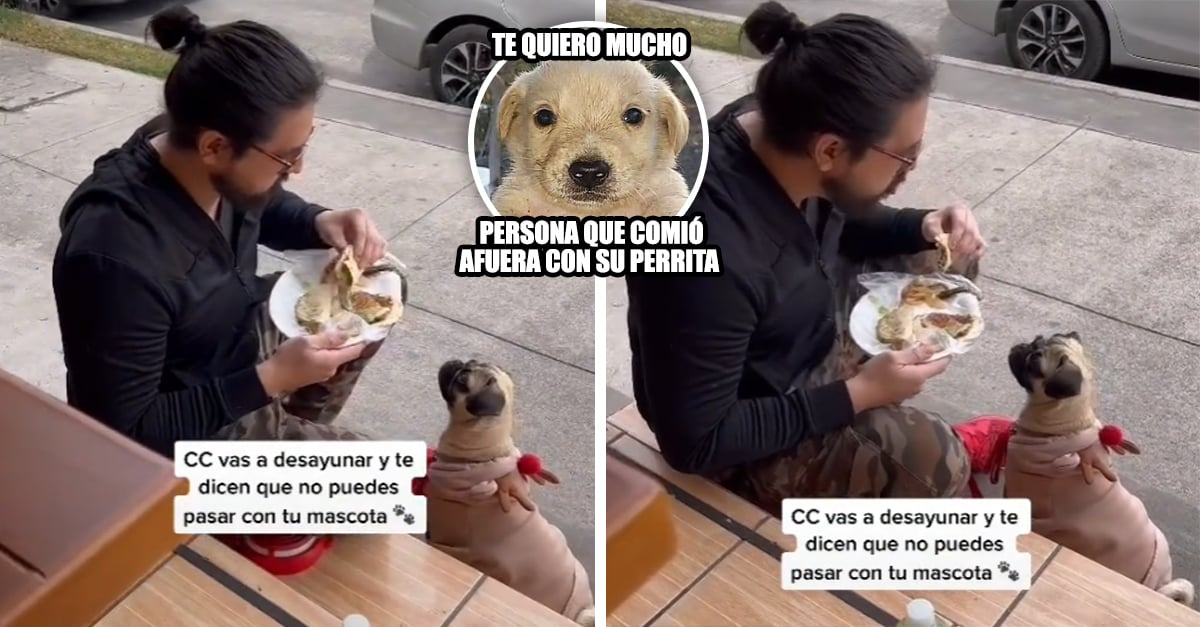 Despite the great advance in the acceptance and inclusion of pets in some public places, there are still many places and establishments that do not accept the entry of people in the company of their pets. One of the least pet-friendly it is the restaurants, since when selling food, there are still many who believe that it is not hygienic to have them inside.

This is exactly what happened to this boy, who, when going to have breakfast at a restaurant, was prohibited from entering the establishment with his dog, so he decided not to leave her alone and ate his breakfast outside the establishment.

The case of the owner of the pug breed dog named Bertha went viral on TikTok, where, through a video under the text “CC you are going to have breakfast and they tell you that you cannot pass with your pet”, you can see the man sitting on a few steps from the door of the restaurant having her breakfast with her furry friend.

While the young man enjoys his food, in the recording you can see Bertha very calmly sitting on the floor watching him and sniffing a little the dish that his master eats.

A message to all the places that don’t accept pets.

The action of the man who prefers to eat outside the restaurant than to change places to eat became popular on social networks, where, despite being an old publication, it became so viral that at the moment it has accumulated 1.3 million reproductions and more than 90 thousand “I like it”.

The publication was filled with comments from users assuring that this was an example for more restaurants to accept entry with pets, since there are puppies that behave much better than some humans.

Marvel announces when we will see Doctor Strange 2 on Disney +