HD 189733 is the nightmare planet cataloged by NASA 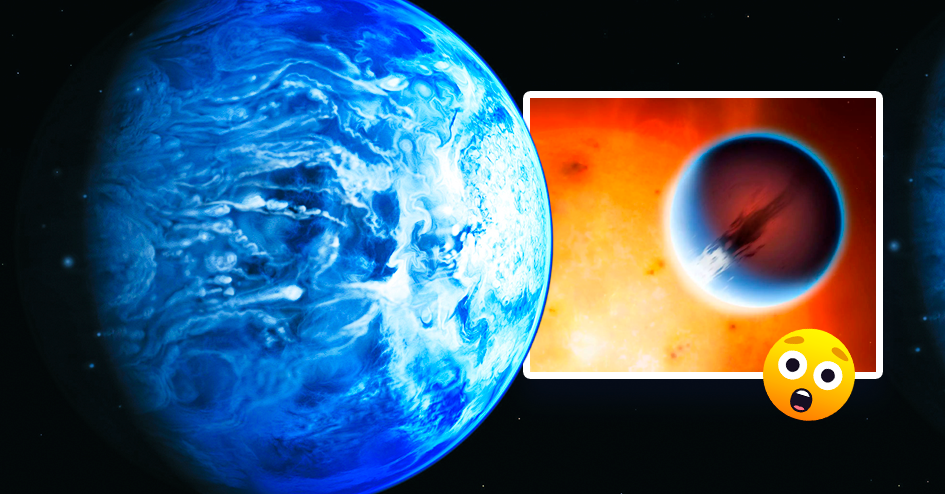 Exoplanet HD 189733b, a radiant blue dot that stands out against the deep darkness of space, looks a lot like Earth, but that’s the only similarity between the two worlds.

In fact, the National Aeronautics and Space Administration (NASA) lists it as the “nightmare planet” for being one of the most terrifying and amazing planets in our galaxy.

Located in the constellation Vulpecula, at a distance of 64 light-years from the sun, the “other blue planet” is much larger and hotter than Earth. Comparable in size to Jupiter, the celestial body orbits its star in 2.2 Earth days and constantly faces it from one side, just like the moon and Earth.

In addition, its climate is absolutely extreme and deadly, reaching temperatures, during the day, of two thousand degrees Fahrenheit (1093 degrees Celsius). With regard to wind conditions, its speed exceeds seven times the speed of sound, as it can reach 8,700 km/h.

But that’s not all, scientists believe that the rain in this world does not come from water, but from molten glass. As for its color, NASA experts assure that the The blue hue of HD 189733b is probably due to light scattering from silicate particles in the clouds present in its atmosphere:

The cobalt blue color does not come from the reflection of a tropical ocean, as on Earth, but from a hazy, burned atmosphere that contains high clouds with silicate particles.

HD 189733b was discovered in 2005 by NASA’s Hubble Space Telescope and other instruments. The exoplanet is one of six featured in the “Galaxy of Horrors,” a gallery created by the space agency for the 2016 Halloween celebration.

The best memes of Nodal’s fight with Beli’s mother