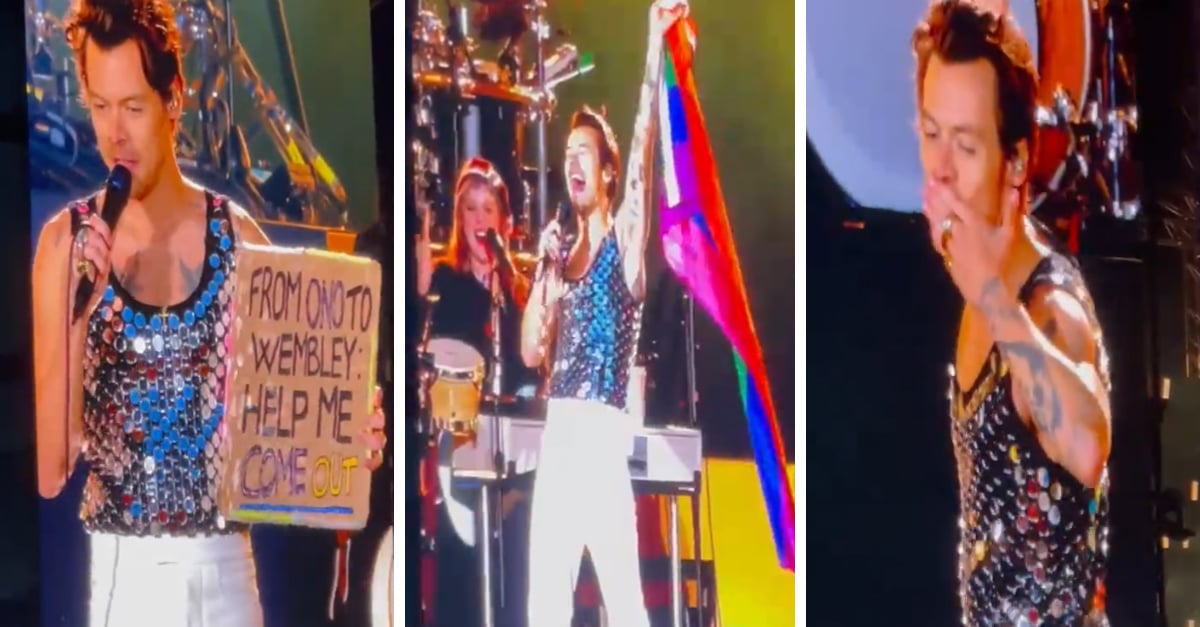 Harry Styles, one of the most acclaimed singers of the decade, usually offers great concerts. However, the show on June 19 at Wembley Stadium in London, England, was very significant for one of his fans.

mattia, fan of the singer, took advantage of his place in the front row to show a poster that said “From Ono to Wembley: help me to come out of the closet”. When Harry noticed the sign Mattia was holding, he stopped the concert, took the sign, showed it to the audience, and asked, “So, would you like the people of Wembley to see you out of the closet?”

After receiving a positive response, the singer put the poster aside, took a flag from the LGTBIQ+ community and said:

When this flag goes over my head, you’re officially out, okay?… Congratulations, Mattia, you’re a free man!

The moment was applauded by the public and was recorded on video, which travels through social networks, accumulating millions of comments and positive reactions. However, this is not the first time Harry has helped one of his followers come out. In July 2018, the singer did the same thing during one of his concerts in San Jose, California.

Back then, a fan named Grace was holding a sign that read: “I traveled 2846 miles to be here tonight, thank you for 10 amazing shows. I’m coming out to my parents thanks to you.” Harry saw the poster, stopped the concert and asked Grace if she could read it aloud, she agreed and he asked her mother’s name only to end up yelling, “Tina, she’s gay.”

It is because of acts like these that the singer has won the hearts of both followers and members of the LGTBIQ+ community, who even often use his image as a banner in marches.

Three styles of silver bracelets that never go out of style