Hailey Bieber opens up about the mini-stroke she suffered 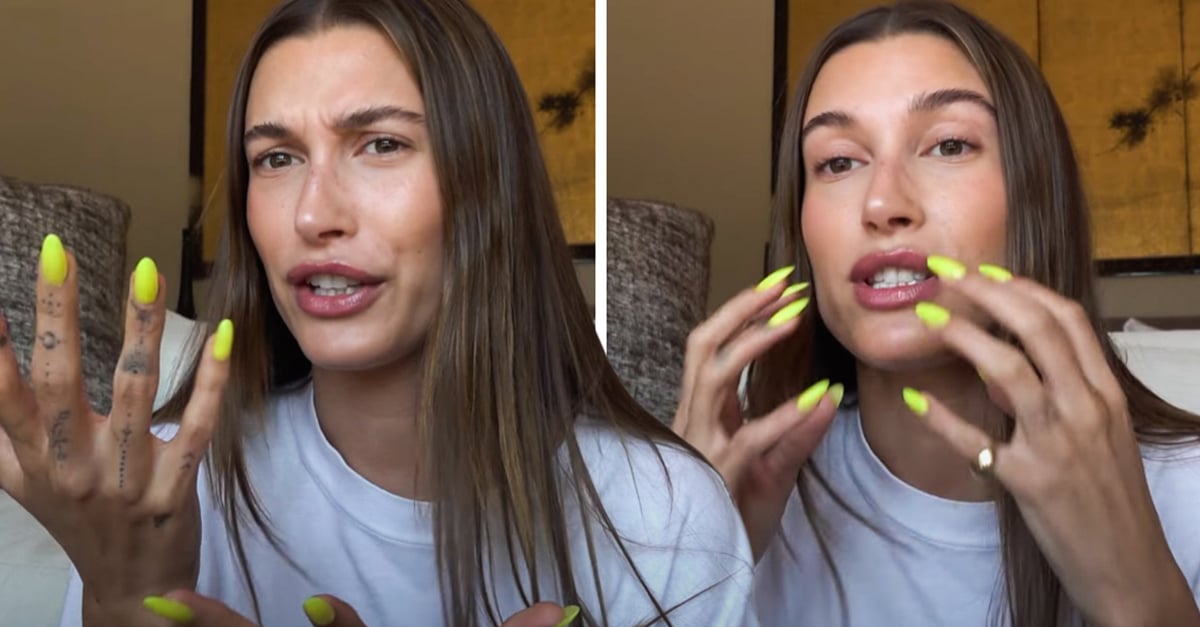 After being hospitalized on March 10 for a blood clot in the brain, Hailey Bieber finally wanted to share with the world what exactly happened to her. The 25-year-old supermodel posted a video on Instagram and her YouTube channel explaining in detail her diagnosis and the symptoms she had experienced.

Hailey said that the terrifying incident occurred while having breakfast with her husband Justin Bieber, when she experienced a kind of tingling from her shoulder to the tips of her fingers, as well as a fall on the right side of her face that prevented her from speaking.

[Fue] definitely the scariest moment of my life. We were talking and all of a sudden I felt a very strange sensation that ran down my arm from the shoulder to the tips of my fingers and it made my whole hand go numb.

The model explained that she tried to move her fingers to find out what that strange sensation was, but she could not decipher it. Puzzled, Justin asked his wife if she was okay. However, when Hailey wanted to answer she just couldn’t get a word out.

Justin said to me, ‘Are you okay?’ And I didn’t answer because she wasn’t sure and then he asked me again and when I wanted to answer I couldn’t speak. The right side of my face started to droop. I didn’t get a sentence. Words just wouldn’t come out.

At that moment, the couple thought the worst, even considering that it was a stroke. So Justin sought immediate medical attention and as soon as a doctor arrived at the residence, he checked Hailey’s vital signs before rushing her to the hospital.

After an exhaustive review, the doctors determined that the businesswoman had not suffered a stroke, but a blood clot in the brain that they diagnosed as “a transient ischemic attack”. In Hailey’s words: “Basically, it’s like having a mini-stroke.”

It definitely feels like having a stroke, except my body was able to work it out pretty quickly, then I had no more problems for the rest of the day and during my hospital stay.

Doctors found a PFO, a small opening in the heart that normally closes after birth, and determined that a lack of oxygen to the brain had caused the blood clot to form.

Hailey explained that the doctors told her that the factors that triggered her health problem had been her recent foray into contraceptives without making it known to her doctor, since she suffers from migraines and hormonal contraceptives are related to the development of blood clots.

In addition, he had tested positive for coronavirus and had finally just returned from a long round trip to Paris in a very short time.

I slept through the entire flight back and forth, didn’t get up or move. I never thought about wearing compression stockings. So basically all the doctors came to the conclusion that it was the perfect storm that caused me to have a small blood clot.

Hailey claimed that she was “grateful” to know what caused the incident. The heart normally filters and absorbs clots in the lungs. However, her FOP allowed the blood clot to “leak” her heart and reach her brain.

Fortunately, the hole was surgically closed and she is now fully recovered. The model now takes aspirin and blood thinners every day and says she no longer has any problems.

In the video that she published on Wednesday, she took the opportunity to send a special thanks to the doctors who treated her and sent a message to all those women with similar conditions, emphasizing the importance of always consulting a doctor.

Lawyer Hulka opens two holes in the continuity of the UCM