Granny got a tattoo because her grandson stayed in college 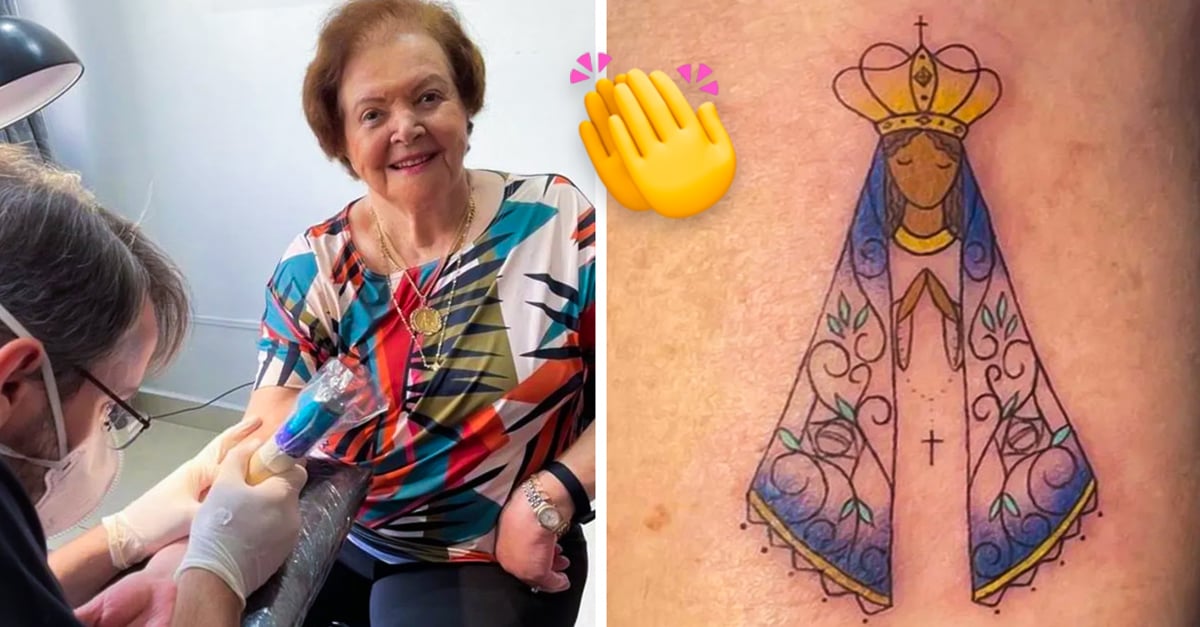 One of the main functions that parents and grandparents have in life is to guarantee the well-being and future of their offspring, which is why they focus on them studying a university career and thus being able to fulfill themselves in the professional field.

Regardless of the effort or what they have to sacrifice, their main objective is to motivate them to be someone in life. Like the case of this woman, who in her attempt to encourage her grandson, promised her that if she stayed in Medicine, she would get a tattoo and that’s what happened.

The name of this adventurous granny is Libia Guerreiro do Valle, a 91-year-old woman from Goiania, Brazil, who, in order to encourage her eldest grandson Pedro Henrique Guerreiro de Queiroz to continue with his studies, promised him that she would do a tattoo if he managed to get accepted to medical school.

At the request of his grandmother for the young man to study hard and be accepted and after the promise to get a tattoo, Pedro was selected in the race and the woman had to keep her word.

I told him to study hard, do his part, and promised him that if he passed, I’d get a tattoo. Neither at 20 nor at 90 did I imagine that I would get a tattoo. That was because I promised, and a promise is something we have to keep.

This is how Libya chose to tattoo the image of Our Lady of the Conception, a virgin to whom she is devoted, on her right forearm with a result that she was quite pleased with.

The older adult who is the mother of three children, grandmother of nine grandchildren and great-grandmother of four great-grandchildren, accompanied by her daughters and her 19-year-old grandson Pedro, went to the studio of a tattoo artist known to the family, who was in charge of create the design on the woman’s arm.

I didn’t feel any pain. My daughters went with me, they were all the time talking, smiling. I see people in the reports saying that they suffered a lot of pain, but each one feels it differently, some suffer more, others less. I did not feel anything.

The daring anecdote of this granny did not take long to become popular on networks, where users did not hesitate to react and comment that she is a very cool and that more older people should dare to do new things.

The sad thing about the case is that Pedro will have to move to another city to attend his degree. However, the distance will not prevent communication with her grandmother, since Libya is willing to travel to visit her beloved grandson.

These chunky highlights will give an aesthetic touch to your style

Julia Fox forgot the bra at home and showed off her attributes in a corset, transparent!