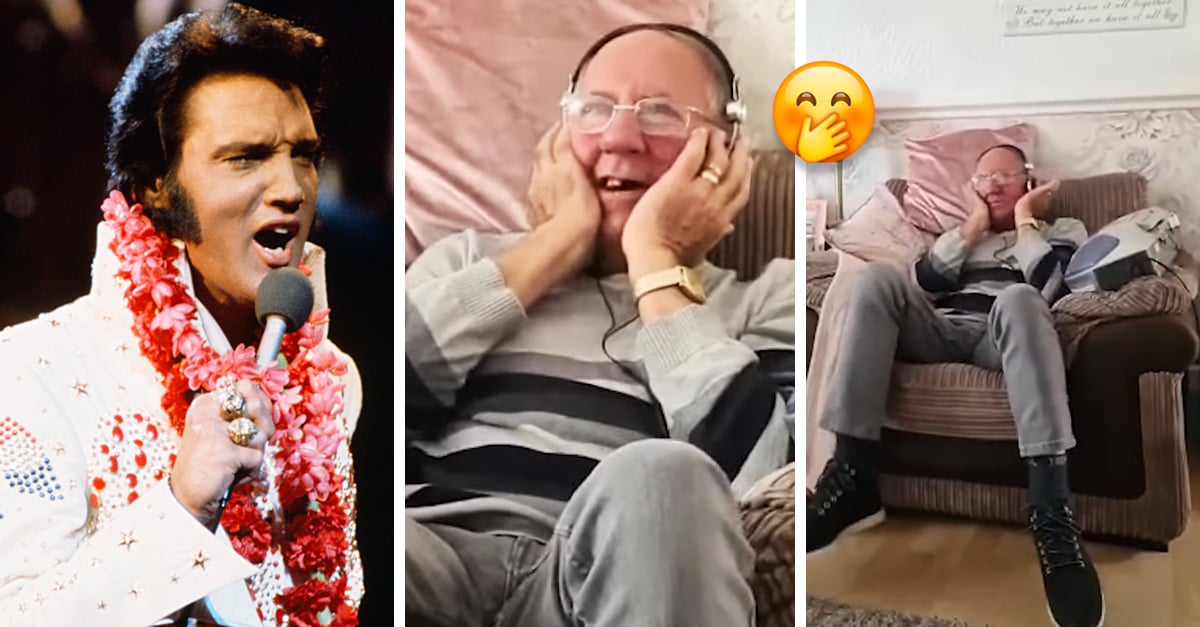 Alzheimer’s, known as the disease of lost memories, is a condition that not only affects the person who suffers from it, but also the people around them, bringing with it severe emotional pain due to the challenges that this disease represents.

However, even in the most advanced cases of the disease, people with Alzheimer’s can experience moments of insight and recognition. Such is the case for Eddie O’Brien, 74, from Warrington, England, who is battling Alzheimer’s.

According to him New York Post, his daughter Rebecca O’Brien, 30, realized that her father, whom she describes as a “happy soul”, is more lucid and recovers his memory when he listens to his favorite songs from the “King of rock and roll”.

According to her, Eddie’s love for Elvis Presley and music, in general, have been the factors that improved his father’s life since he was diagnosed with Alzheimer’s three years ago.

He really liked Elvis, but he liked any music, any rhythm, he really liked it. One of his favorite Elvis songs is ‘Suspicious Minds’, but he also likes ‘Bad to Me’ by Billy J. Kramer and ‘Peggy Sue’ by Buddy Holly.

Suspicions that something was wrong with Eddie’s health began when his family experienced a distressing situation. One night, two men robbed Eddie and, unfortunately, because his memory was beginning to fail, the grandfather had the security codes of his bank cards written down in his wallet, something that his family did not know, so the assailants managed to get hold of of all the money in your accounts.

Another time, Eddie didn’t come home on the last bus. When his daughter got into her car to pick him up, a taxi driver came home with him because she had gotten on the wrong bus. So the family decided it would be best to have a memory test done by a doctor, which confirmed that he had Alzheimer’s.

Following the grim diagnosis, Rebecca contacted Warrington City Council, who gave her father a ‘friend tracker’, meaning he can still maintain his independence but can be monitored by his family.

Currently, Eddie’s dementia is kept under control due to medications that keep the disease stable and help slow its progress.

Some days, Dad does very well with his dementia. However, during others he has a hard time finding the words for what he wants to say and he tends to forget where things are kept in the house.

Although on some days the illness affects his ability to communicate verbally, as soon as Eddie hears music, his feet begin to move and he starts dancing.

The amazing thing about seeing a song come on is that you can sing it word for word with no problem, even on your bad days. It’s so cute to see how happy she is when she dances.

Through music, Eddie and the rest of the O’Brien family are able to get back to enjoying their lives after being hampered by Alzheimer’s. Even according to Rebecca, Eddie O’Brien’s love of music still carries on today.

To be honest, it’s like a breath of fresh air for us. Because [el alzhéimer] it can be very heartbreaking. It often makes patients irritable, more agitated and frustrated because they don’t know what’s going on. But my dad just doesn’t seem to care, and I think that’s the best way to deal with it, he loves his life right now.

Grandpa regularly visits a local pub, in the Warrington, England area, every Monday from 2pm to 7pm. At the venue, Eddie encourages visitors to move their hips and dance to the music.

A local DJ told me that he doesn’t have to do his job because my dad makes everyone dance.

The most colorful sweatshirts to wear in winter are Silbon, the new Cortefiel brand that will become your new favorite